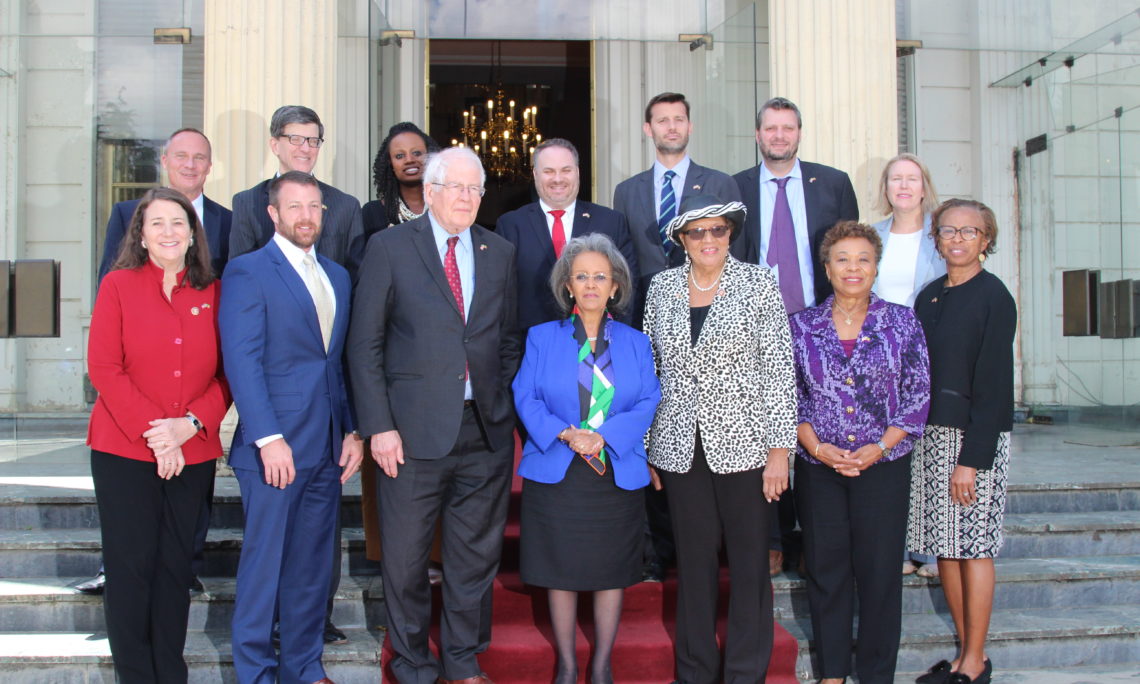 The HDP is a bi-partisan, twenty-member commission of the U.S. House of Representatives that works directly with partner countries around the world to support the development of effective, independent, and responsive legislative institutions. The delegation is in Ethiopia to learn more about the reform efforts underway.

The delegation participated in a full program of meetings, highlighted by an audience with Her Excellency, President Sahle-Work Zedwe.  During their meeting with the President, the delegation discussed the importance of strong legislative institutions and reinforced the United States’ ongoing commitment to its strong economic, political, and security partnerships with Ethiopia.

The delegation attended a luncheon hosted by U.S. Ambassador Michael Raynor, where they met with leaders from various political parties in Ethiopia.  The members of the delegation discussed the ongoing opening of political space in the country under the Government of Ethiopia’s ambitious reform plan.