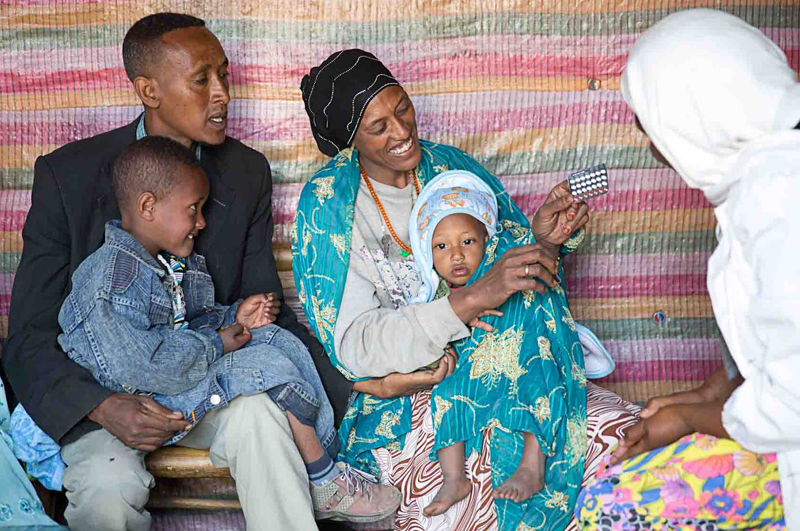 Since July 2008, Ethiopia has seen significant improvements in the 300 woredas where the program was implemented, such as women using contraceptive from 27 to 56 percent. Additionally, maternal and newborn health is better, and there has been positive progress in most child health, nutrition, HIV/AIDS, and malaria outcomes as a result of the joint efforts between USAID and the Government of Ethiopia. These achievements were partly due to training thousands of service providers including health extension workers that resulted in major health improvements.

Furthermore, the program led to positive trends in sustaining management approaches at different levels of the health sector through domestic resource mobilization of health facilities, such as income generation to improve quality of services provided.

The program helped to expand health practices at the household and community level such as more mothers giving birth at health facilities. In addition, the program strengthened health systems at every level. As a result, the availability and quality of reproductive, maternal, newborn and child health services was improved.

Speaking at the event, USAID’s Deputy Mission Director Ramona El Hamzaoui stated, “We also know that this program has substantially contributed to the achievement of the national reproductive, maternal, newborn and child health targets and goals of reducing maternal deaths from 16,000 to 10,000 and child deaths from 178,000 to 123,000 in just the past five years. This was reflected in the 2016 Ethiopian Demographic and Health Survey.”

Pathfinder and John Snow, Inc., implemented the nearly $110 million program reaching 37.8 million people. USAID will continue working to improve maternal and child health through its Transform awards, which will be implemented in all regions of Ethiopia to support the Ministry of Health’s ambitious Health Sector Transformation Plan goals.