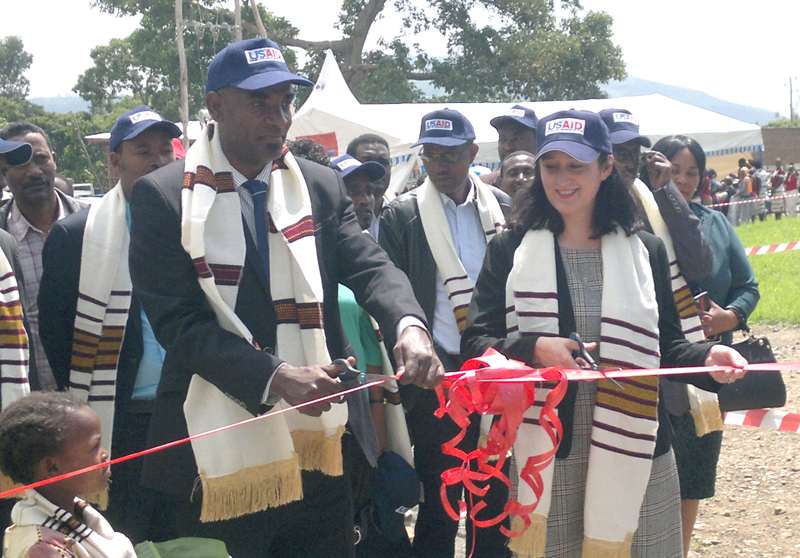 The newly constructed health center will serve more than 25,000 people

Finchawa, SNNPR, Ethiopia – In a ceremony today, the United States Agency for International Development (USAID) officially handed over the newly-constructed health center to the Southern Nations, Nationalities and Peoples Regional (SNNPR) Health Bureau. The facility will serve more than 25,000 people in Finchawa and surrounding areas.

USAID’s Ethiopia Health Infrastructure Program supports Ethiopia to control the HIV epidemic by building facilities in the major regions, where pregnant women can give birth with skilled attendants and people living with HIV can receive antiretroviral treatment in clean medical wards.

Through the infrastructure program, funded by the U.S. President’s Emergency Plan for AIDS Relief (PEPFAR), USAID has constructed 10 pharmaceutical warehouses and five health centers, and renovated 10 existing health care centers. Additionally, USAID is constructing a new state-of-the-art national blood bank in Addis Ababa and 17 additional health centers in SNNPR and Amhara regions with six of these to be inaugurated in the coming months.

As a PEPFAR long-term strategy country, Ethiopia benefits from the multi-sector HIV programs administered by USAID, the U.S. Centers for Disease Control and Prevention, Department of Defense, Peace Corps, and the Department of State’s Population, Refugees, and Migration Bureau. Through PEPFAR, the U.S. Government has enabled Ethiopia to decrease the number of new infections and AIDS-related deaths by at least 50 percent since 2005.