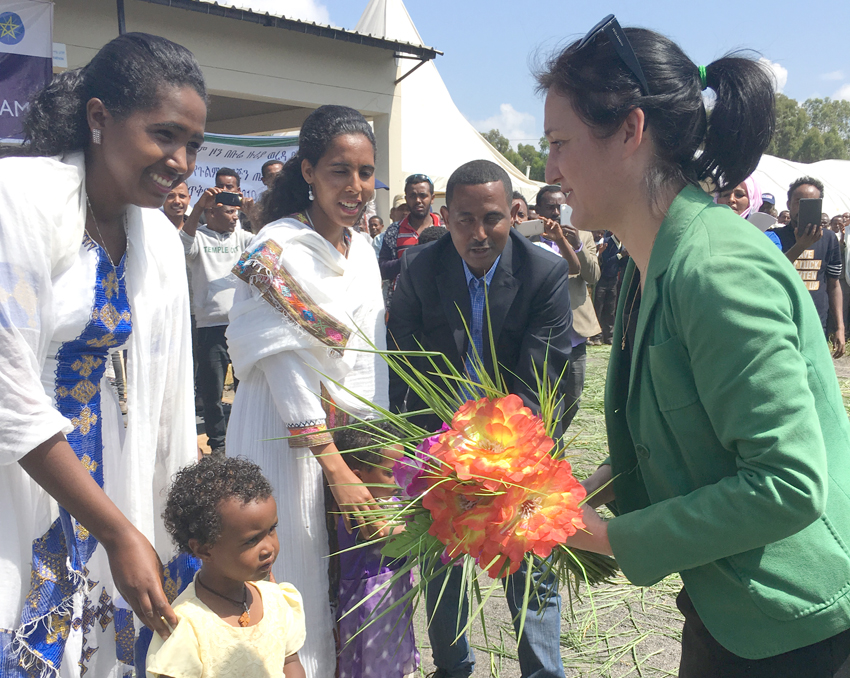 The United States has a long history of partnership with Ethiopians on improving health care outcomes.  We firmly believe that a healthier Ethiopia is key to a healthier, safer world for all.  We see our cooperation to increase Ethiopia’s capacity in health care as a key component of our efforts to enable Ethiopians to achieve a more prosperous future.

Speaking at the opening of the health center today, Sophia Brewer, the Deputy Office Chief of the Health, AIDS, Population and Nutrition Office from USAID said, “This health center will provide lifesaving and essential health services such as immunization, child delivery, HIV care and treatment services, and more.”

This USAID constructed health center is part of the Ethiopia Health Infrastructure Program, funded by the President’s Emergency Plan for AIDS Relief (PEPFAR), and will provide essential health services to the local population, including to people living with or affected by HIV. The program will support Ethiopia’s efforts to control the HIV epidemic by building facilities in the major regions so pregnant women can give birth and people living with HIV can receive antiretroviral treatment in clean and safe wards.

Through the Ethiopia Health Infrastructure Program, USAID has built ten pharmaceutical warehouses to store and distribute medicine and other health commodities and renovated 10 existing health care centers. As one of the recipients of PEPFAR resources, Ethiopia benefits from the multi-sector HIV programs administered by USAID, Centers for Disease Control and Prevention, Department of Defense, Peace Corps, and the State Department’s Population, Refugees, and Migration Bureau. Through PEPFAR, the U.S. Government enabled Ethiopia to decrease the number of new infections and AIDS-related deaths by at least 50 percent since 2005.