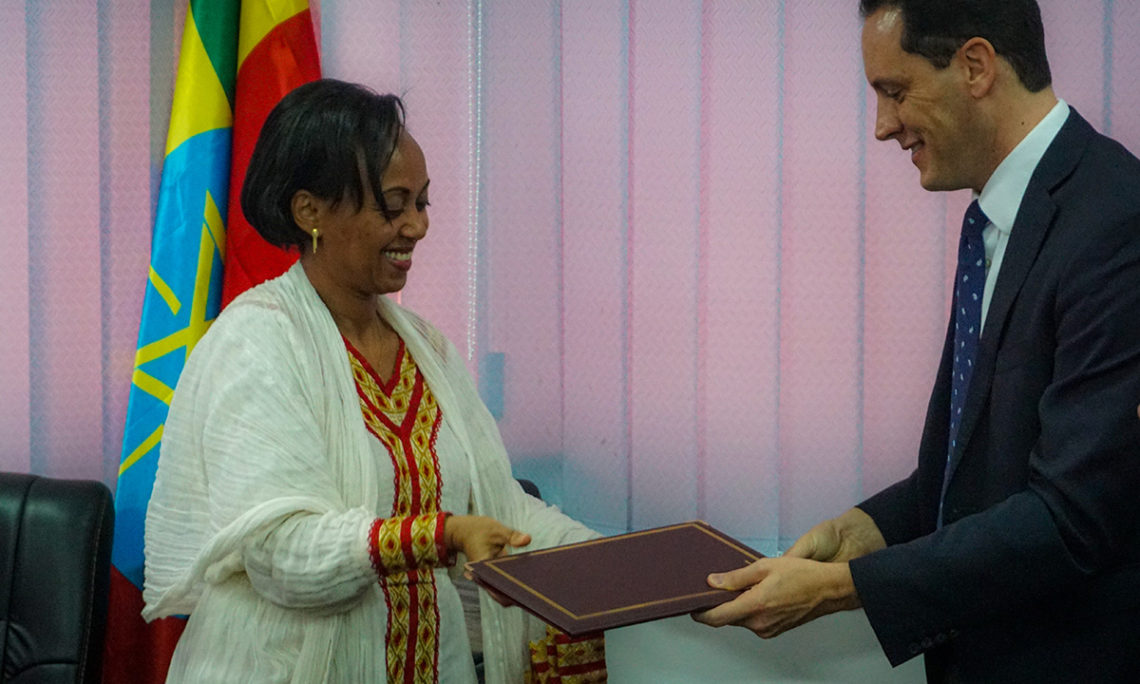 The United States and Ethiopia officially signed a new statement of partnership agreement to continue working closely together to end tuberculosis (TB) across the country. United States Agency for International Development (USAID) Mission Director Sean Jones and State Minister of Health Dr. Lia Tadesse signed a statement of partnership under which Ethiopia will be one of 30 focus countries under USAID’s new Global Accelerator to End TB initiative.

The Global Accelerator to End TB is a new model that USAID is employing in order to leverage greater resources from partner countries, private sector partners, and other local organizations in order to meet the UN target of treating 40 million people worldwide by 2022. The Accelerator will focus on locally generated solutions that tailor USAID’s TB response to patients and communities in order to better address their diagnosis, treatment and prevention needs.

Since 2000, USAID has been working closely with the Ministry of Health and regional health bureaus across Ethiopia to strengthen the national TB program. As a result, Ethiopia has detected and treated more than 2 million TB cases, significantly reducing TB incidence by more than half while cutting TB-related deaths by nearly 70 percent over the past two decades.

The United States is the largest bilateral provider of support to Ethiopia’s health sector, with approximately $150 million per year in funding for tuberculosis; HIV/AIDS; malaria; maternal, neonatal and child health; nutrition; and water, sanitation and hygiene. Overall, the United States has provided approximately $4 billion in development and humanitarian assistance to Ethiopia over the past five years.