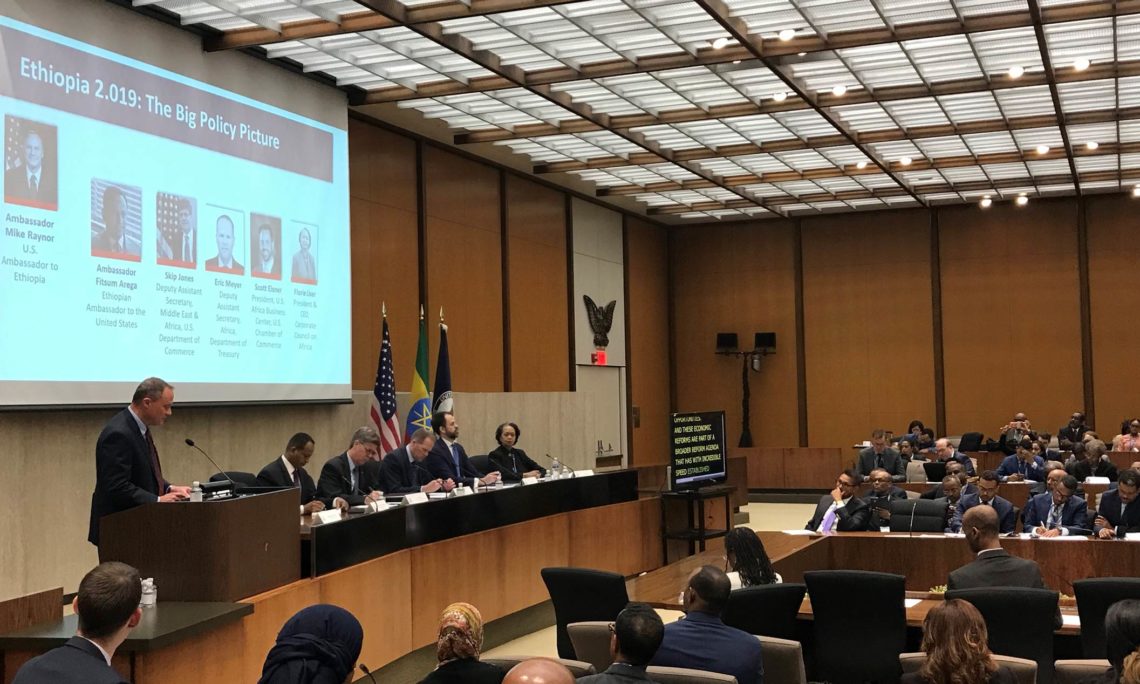 The U.S. Department of State hosted the “Ethiopia Partnership Forum”, an economic engagement platform organized in by the Secretary of State’s office of Global Partnerships in collaboration with the Corporate Council on Africa, the Millennium Challenge Corporation (MCC) and Citi in Washington D.C.

In remarks at the opening panel discussion, U.S. Ambassador to Ethiopia Michael Raynor stressed that these opportunities for investment are made possible by Ethiopia’s political & economic reform measures. He also encouraged U.S. companies to “expand and evolve the way our businesses and investors view Ethiopia, so that they can be a part of what is shaping up to be one of the world’s great stories of economic success.”

The Forum brought 400 business leaders together with Ethiopian and U.S. government officials to learn about investment opportunities and discuss a variety of areas including issues including access to capital, infrastructure in the telecom and power sectors, agriculture and smarter value chain, startups as an engine of growth, and the economic role of creative industries.

The Ambassador told participants, “The shift away from a state-led model of economic development, toward one that taps more fully into private sector growth and creativity, is rapidly opening new opportunities. And these economic reforms are part of a broader reform agenda that has, with incredible speed, established Ethiopia’s strong commitment to true multiparty democracy, which is already underpinned by strong respect for individual rights and the rule of law, as well as an inclusive political landscape.”

The Ethiopian Partnership Forum seeks to build on the already vibrant U.S. commercial representation in Ethiopia – the American Chamber of Commerce boasts 41 member companies, and is expected to grow to more than 50 in the coming months.