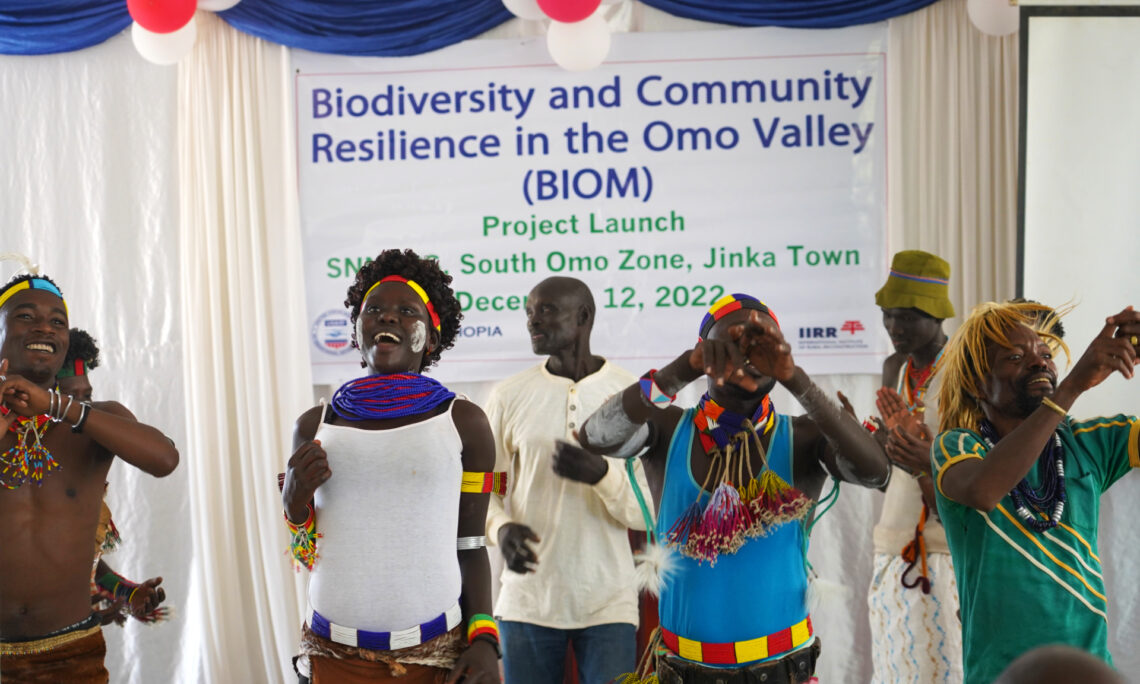 The activity will be implemented in partnership with the local government and members of the community, living between the Omo National Park and the Mago National Park.  This land is being considered for the establishment of a new conservation trust—the Tama Community Conservation Area.

USAID’s approach of focusing on both the biodiversity and the people of the Omo Valley recognizes the crucial role of communities as stewards of their own ecosystems.  The new activity will directly benefit over 2,000 square kilometers of the Tama Community Conservation Area and will engage over 400 households in employment in the conservation area programs and administration, including work in ecotourism lodges, local craft production and sales, and tourism experiences.  A benefit-sharing system will be established for those 13,500 residents of the area not directly involved.

Community members took the stage to describe their appreciation for this focus on their critical problems related to biodiversity, peace building, ecotourism, and livestock production.  They commended the project’s grass roots approach of giving the local community the lead on the project’s design and their own development process.

In 2022 alone, USAID has invested more than $1.6 billion across Ethiopia in humanitarian and development aid.  This new project is another example of the cooperation between the American people and the Ethiopian people.  To learn more about the U.S.-Ethiopia partnership visit: U.S. Embassy in Ethiopia (usembassy.gov) and follow U.S. Embassy Addis Ababa | Facebook and @USEmbassyAddis on social media.