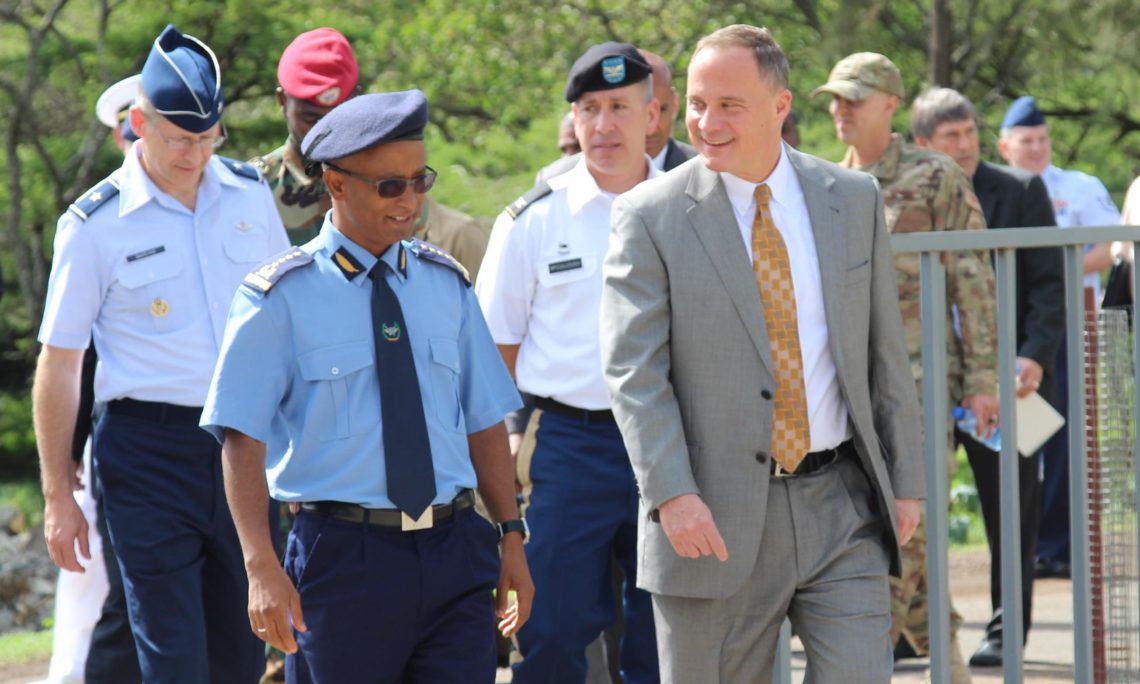 The C-130 will further enhance Ethiopia’s capacity to play a vital role in regional peacekeeping missions, enabling Ethiopia to move humanitarian supplies where they are needed in a timely manner and protect the lives of civilians in conflict areas.

“This aircraft represents a deep bond between our two countries, and our shared pledge to play constructive leadership roles on the world stage.” said Ambassador Raynor. “The U.S. commitment to this partnership is stronger than ever, and I look forward to building upon it in the days ahead.”

Brigadier General Deiter Bareihs of the U.S. Air Forces Europe and Africa also took part in the ceremony along with other representatives from the U.S. armed forces.  He said, “We are excited to deliver this C-130 at a time of such great optimism.  This handover pays homage to our long-valued friendship and lays the foundation for new possibilities for cooperation and interoperability.”

The United States values Ethiopia’s role in peacekeeping operations and ongoing commitment as the largest contributor to UN Peacekeeping forces in the world.