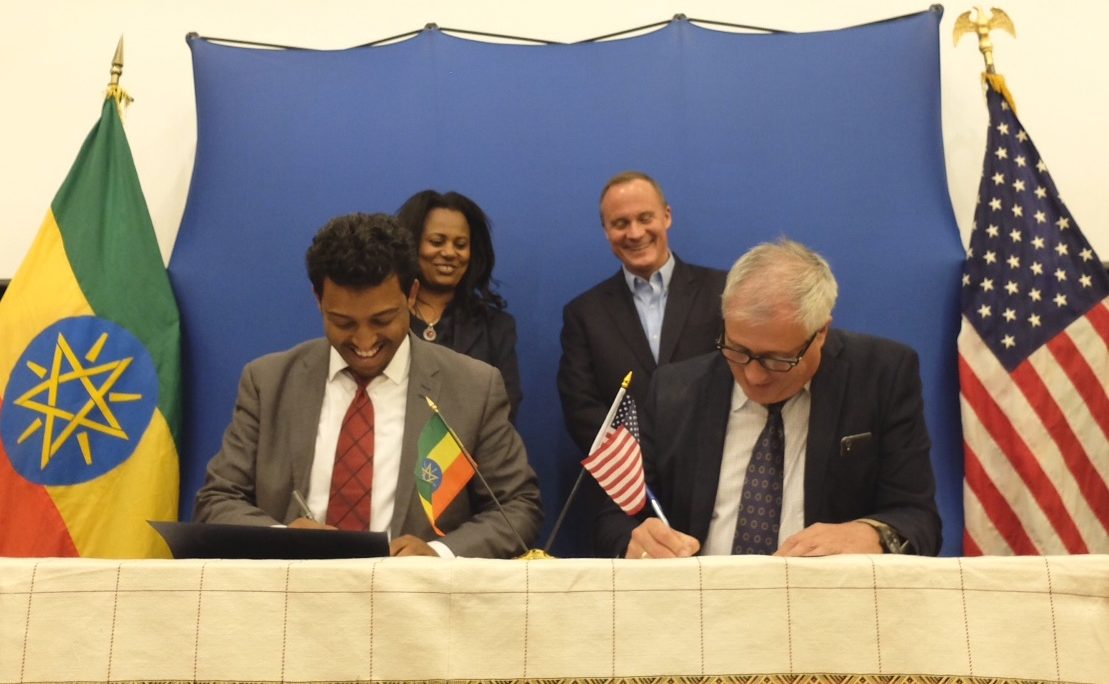 The preservation work is funded with a grant from the U.S. Embassy through the U.S. Ambassadors Fund for Cultural Preservation (AFCP).  The project will invest a total of $500,000 dollars (about 13.7 million Birr) with an additional $119,500 dollars in matching funds from the World Monuments Fund.

This project will utilize innovative, non-intrusive, and proven techniques which were piloted during a previous AFCP project in 2016 at Lalibela.  Local craftsmen will be trained in these techniques so that they can be shared and replicated for future projects.

In remarks during the launch ceremony, Ambassador Raynor hailed the living culture represented by Lalibela’s historic churches saying, “These churches are as vibrant and relevant today as they have ever been, and taking steps to preserve them now will help them remain vibrant and relevant in perpetuity.  We’re working to restore structures that are not only integral to Ethiopia’s past, but that represent a religion and culture that are very much alive and active today.” He added, “Ethiopian culture is remarkable for many reasons, including its diversity – and its tolerance of diversity. But in seeking to preserve the symbols of Ethiopian culture, through projects like the one we’re celebrating today, we must also work to redouble our appreciation for the timeless values that underlie Ethiopian culture:  values that include peaceful political expression and peaceful tolerance of such expression.”

Since 2003, the U.S Embassy has supported the renovation of nine historical heritages throughout Ethiopia, including most recently the restoration of Bete Gabriel Rafael in Lalibela.

Ethiopia’s Authority for Research and Conservation of Cultural Heritage (ARCCH) and the World Monuments Fund (WMF) signed the commencement for the project in the presence of the Ambassador and the Minister.