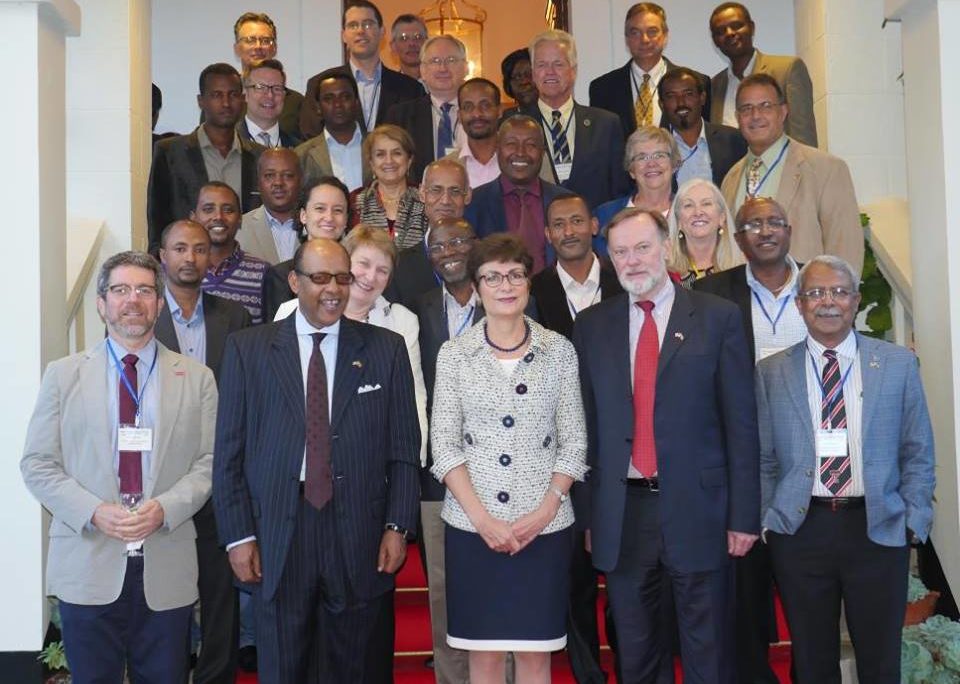 The Public Affairs Section of U.S Embassy in Addis Ababa organized a workshop on Higher Education Linkages between U.S. and Ethiopian universities August 15-17, 2016 at the Hilton Hotel. The workshop was divided into two segments: a one-day workshop on August 15 for the U.S. delegation and 12 leading Ethiopian agricultural universities focused on food security and agriculture. This session was followed by a two-day conference for senior officials from all Ethiopian public and three private universities across Ethiopia.

The workshop provided an overview of sustainable partnerships and focused on best practices in establishing or expanding mutually beneficial linkages between U.S. and Ethiopian institutions of higher education. It also provided representatives of Ethiopian universities with an overview of strategies for initiating, managing and sustaining partnerships, and suggested tools and resources suitable to Ethiopian higher education capacity development efforts in terms of internationalization and global cooperation.