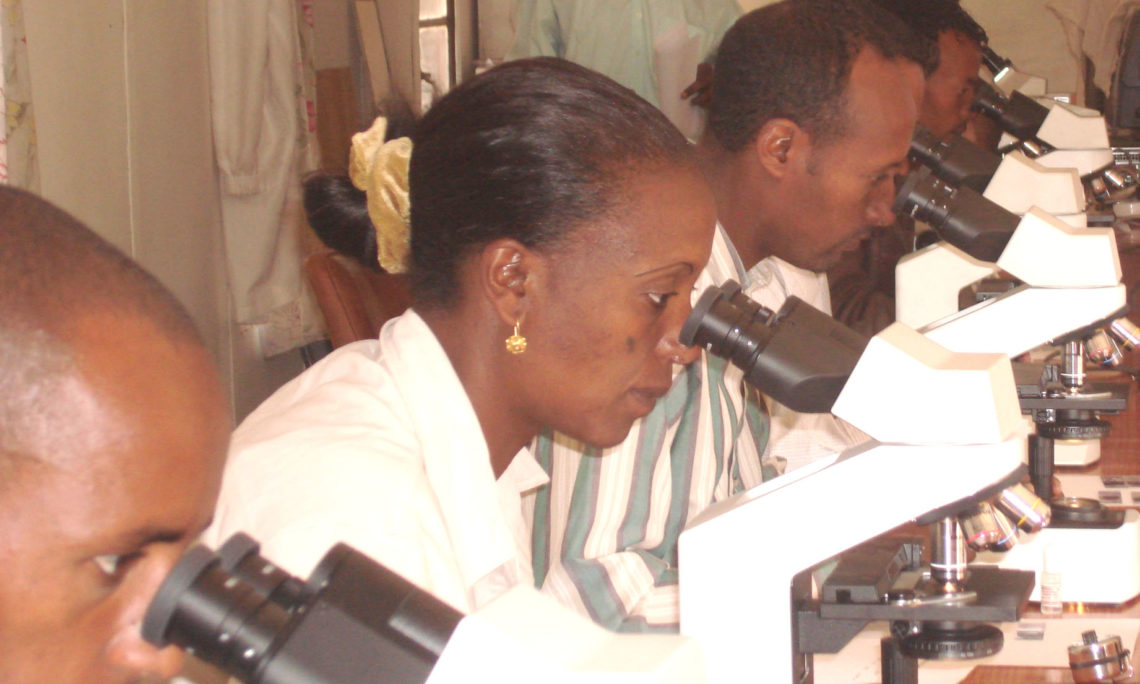 Today, the U.S. President’s Malaria Initiative (PMI), led by the United States Agency for International Development (USAID) and the U.S. Centers for Disease Control and Prevention (CDC), marked the end of a nine-year program with the Ministry of Health to improve the ability of Ethiopian health centers to detect, diagnose, and treat malaria. Under PMI’s Malaria Laboratory Diagnosis and Monitoring Project, experts trained more than 3,500 laboratory professionals to conduct more accurate microscopy diagnoses, and an additional 2,400 healthcare workers received training to treat malaria patients more effectively. As a result, more than 1,000 health facilities in areas most prone to the disease have improved their quality of service.

Malaria is a leading health threat in Ethiopia, where more than two-thirds of the population lives in high-risk areas and more than 1.5 million cases are reported annually. Accurate and prompt diagnosis and treatment of cases is the cornerstone to controlling and preventing the spread of the disease.

Over the past decade, Ethiopia has achieved tremendous progress in fighting malaria. Accuracy of testing has increased from 59 percent in 2011 to 97 percent in 2016, which has contributed in a significantly reduction of the number of deaths from malaria, which have declined from over 2,000 in 2012 to just 374 in 2017.

The $10 million Malaria Laboratory Diagnosis and Monitoring Project was implemented by ICAP-Columbia University in Ethiopia from October 2008 to February 2018. Under a new second phase of the project, PMI will continue providing technical assistance to improve malaria case management to support the Ministry of Health’s plan of testing and treating all malaria cases.