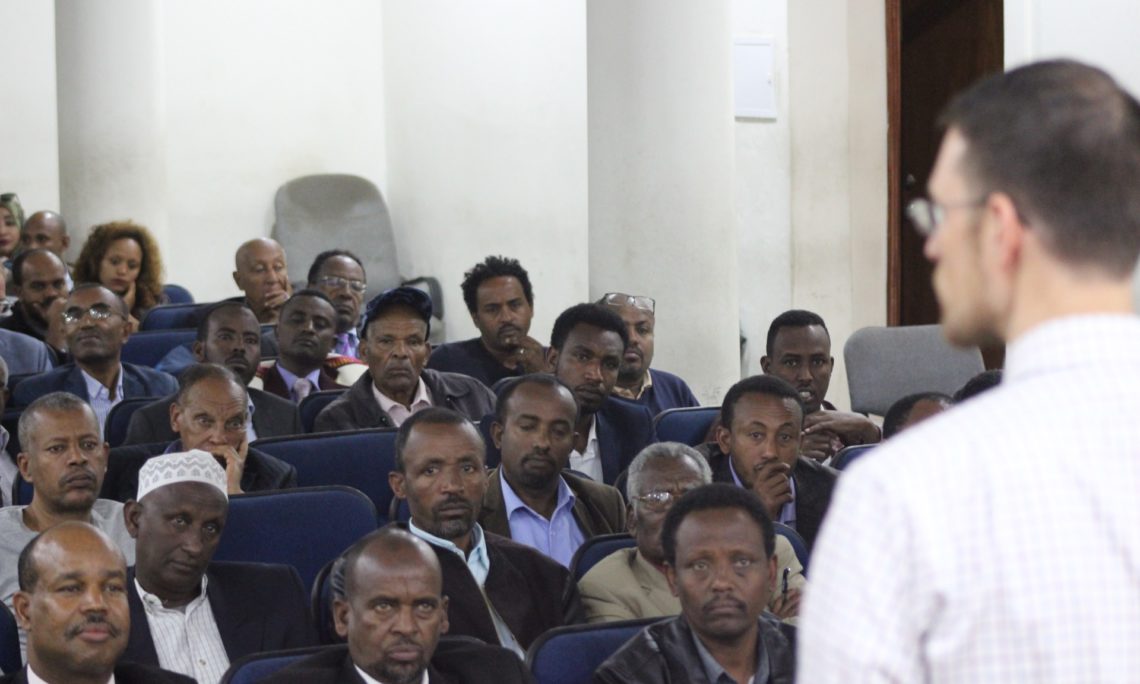 The U.S. Embassy in partnership with the National Electoral Board of Ethiopia – NEBE – organized a half-day communications workshop for members of political parties in Ethiopia.

The workshop focused on supporting the communications capability of the parties as they prepare for upcoming elections.

In his remarks at the workshop, U.S. Ambassador to Ethiopia Michael Raynor explained that “To have so many different political parties gathered in one place, and in a government building no less, is a testament to how far Ethiopia has come over the last year. But creating this new political space, as difficult and momentous as this has been, is just the first step. Now the question is what Ethiopians will do with it.”

The Ambassador also encouraged the participants to look beyond winning or losing and think about how they can lead Ethiopia’s transition: “Whether your party wins or loses any given election, your leadership role within Ethiopia’s new political space is doing nothing less than ensuring Ethiopia’s peaceful, multi-party future.”

The workshop was open to all political parties focused on the myriad ways they can connect with their constituencies and the general public while putting forward their policies and vision for Ethiopia so that the Ethiopian people can make informed choices when casting their vote in the upcoming election.