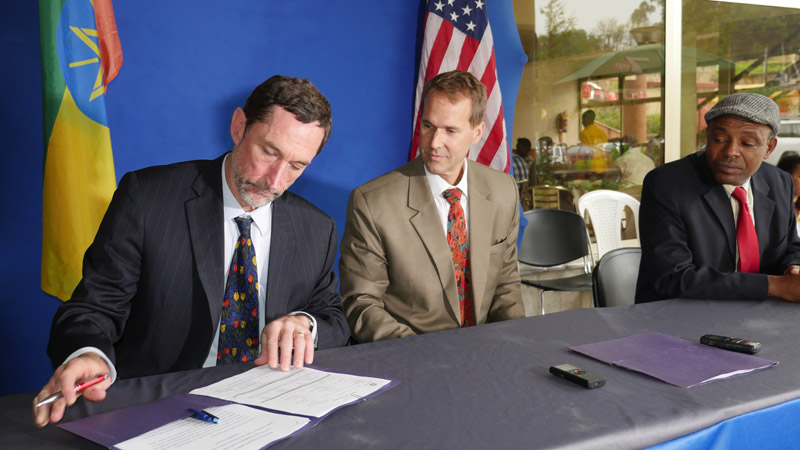 The U.S. Embassy and the National Archives and Library Agency (NALA) today signed a $90,000 (over 2 million ETB) co-financing agreement for the construction of a public-access elevator that will make the resources of the Library and the Colonel John C. Robinson American Center user-friendly and available to all.

The partnership between the U.S. Embassy and NALA in co-funding the elevator installation project is aimed at promoting inclusivity- equal access for all, which is a core American value.

In his remarks at the signing ceremony, Troy Fitrell, U.S. Chargé d’Affaires, said, “This project will be jointly funded by our institutions as an example of the kind of partnership we seek with Ethiopia, where we work together on our mutual interests to create a brighter future for both our countries.”

The U.S. Embassy has committed to paying up to half the estimated project cost, with the other half funded by NALA.

Upon completion, the more than 6,000 monthly visitors to the American Center will be augmented by those who have so far been excluded simply because they cannot climb the stairs.

Officials from the U.S. Embassy, including Chargé d’Affaires Troy Fitrell, were joined by NALA Director General Ato Abraham Chosha and other government representatives at the signing ceremony.