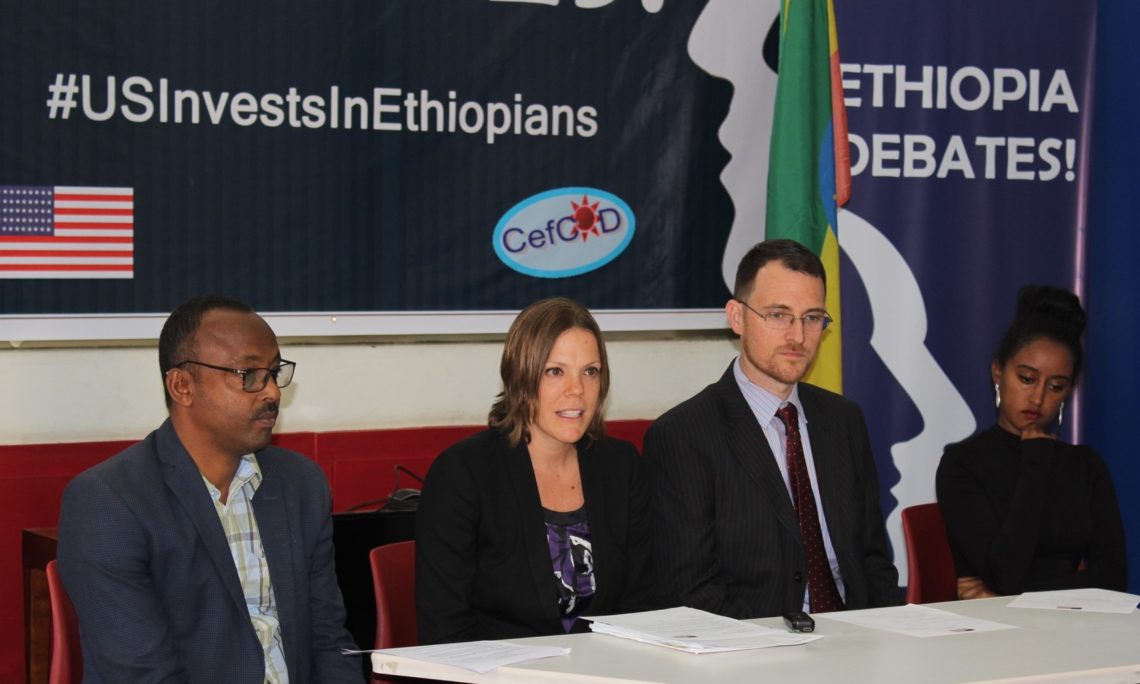 The U.S. Embassy is pleased to launch Ethiopia Debates! Ethiopia Debates! is a nationwide program that creates an interactive platform for university students to engage in a series of debate competitions, during which they learn public speaking skills, and constructive dialogue and debate techniques on a variety of cross-cutting issues.

Debate club members will have the opportunity to learn and practice debating skills through workshops and practical debates. The program will last for 12 months and will be incorporated into a national competition at the conclusion.

The outcome of this program will help Ethiopia’s reform efforts of peaceful nation building by creating platforms for future leaders of Ethiopia through debate and dialogue.

The National Debate Club is implemented by the Centre for Community Development (CefCoD), an Ethiopian Resident Charity Organization.