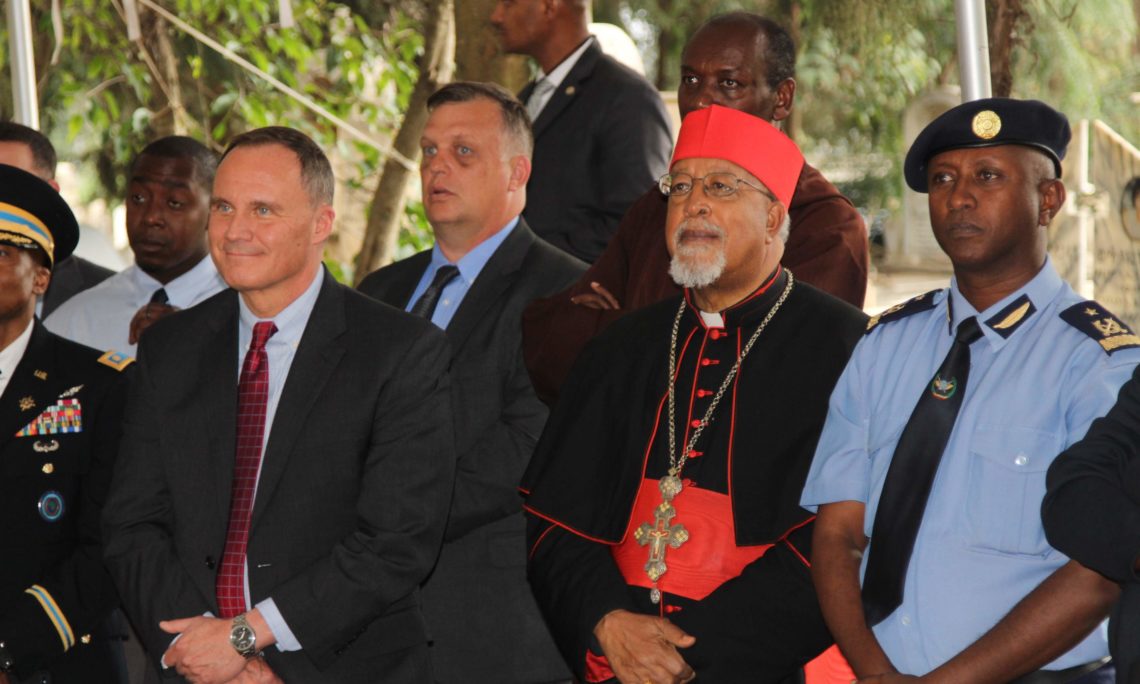 The U.S. Embassy in Addis Ababa held a wreath-laying ceremony to honor Colonel John C. Robinson in recognition of his outstanding contributions to Ethiopian aviation and strengthening relations between the United States and Ethiopia.

He said, “The story of Col. John C. Robinson illustrates something that is sometimes overlooked when we talk about the relationship between the United States and Ethiopia, when we tend to focus on the important work that takes place between our two governments.  But Col. Robinson’s story reminds us that the impact of our people-to-people relationships can be even greater.”

Col. Robinson is best known in Ethiopia for his efforts to support the development of the Ethiopian Air Force at the onset of World War II and later the foundation of Ethiopian Airlines, Africa’s largest airline and one of the most successful in the world.

attitudes toward African Americans serving in the U.S. military, which paved the way for the Tuskegee Airmen, the first unit of all Black pilots, who went on to contribute significantly to the Allied victories in North Africa and Italy during World War II.

Today the aviation partnership between the United States and Ethiopia continues, with strong commercial partnerships between Ethiopian Airlines and American companies and close cooperation with U.S. agencies on airline safety and airport security.

Col Robinson’s legacy is also evident in ongoing cooperation between the United States and the Ethiopian Air Force, with the United States having just delivered a C-130 transport aircraft to support Ethiopia’s critical role in regional peacekeeping and humanitarian operations.