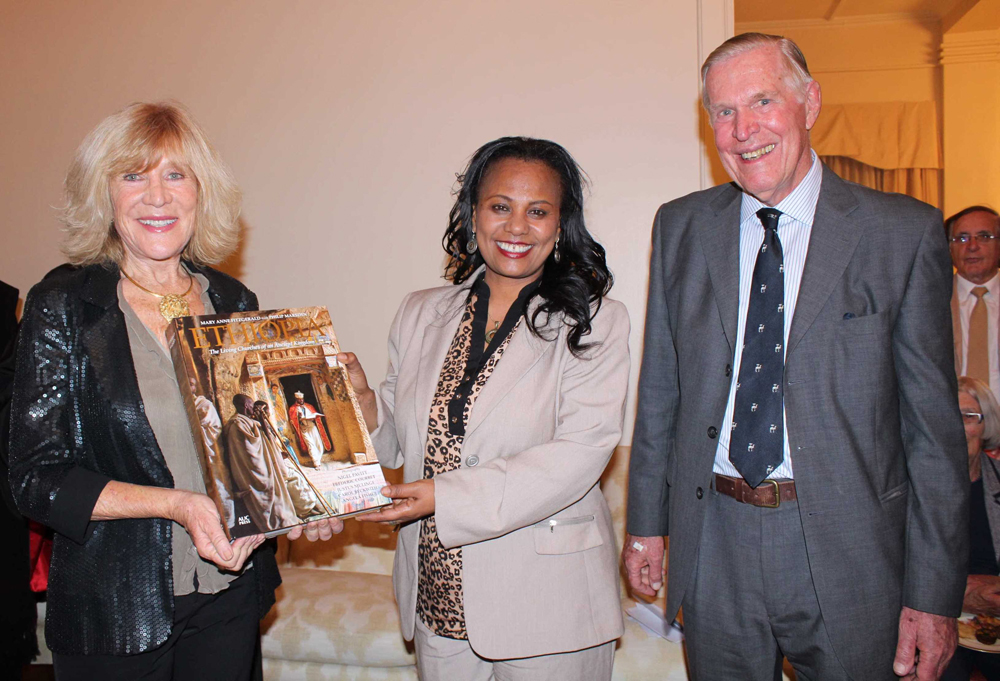 The Ambassador of the United States of America Michael A. Rayner hosted a reception for the launch of the book “Ethiopia: The Living Churches of an Ancient Kingdom.” Minister of Culture and Tourism Dr. Hirut Woldemariam and His Holiness Abune Matthias attended the launch along with Ambassadors, artists, photographers, scholars and journalists. The book has 544 pages of more than 800 spectacular photographs of churches and monasteries of Lalibela, Tigray, Gondar and Tana.

Ambassador Rayner, in his remarks, stated that “Cultural heritage endures as a reminder of the contributions and historical experiences of humanity,” adding that this book “in tracing the history, legends, art, and faith of the Ethiopian Orthodox Tewahido Church, covers the churches and monasteries of Aksum and Tigray, Lalibela and Lasta, Gondar and Lake Tana, describing in rich and vibrant detail the architecture, colorful decorations, and important Orthodox religious festivals of Ethiopia.  It is destined, I am sure, to significantly boost worldwide awareness and appreciation of these amazing treasures, and I expect it will motivate many more people to come and see these magnificent paces for themselves”.