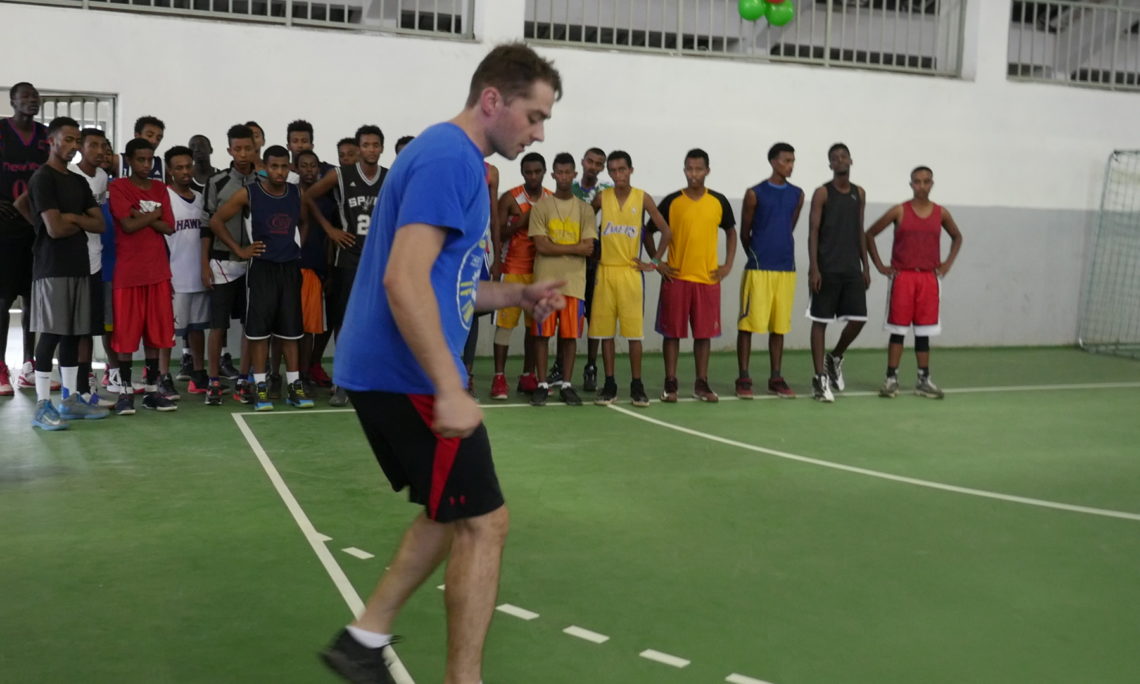 Addis Ababa, Ethiopia, September 9, 2016:- The U.S. Embassy, in collaboration with the U.S. National Basketball Association – Africa (NBA- Africa) and the Ethiopian Basketball Federation, is hosting a basketball clinic for Ethiopian girls and boys drawn from different regions. The training starts September 8, 2016 and will conclude Saturday, September 10, 2016.

This program is a follow-up to clinics held in August 2015 which featured NBA All-Star Luol Deng and in January 2016 with the U.S. basketball star and Olympic Gold Medalist Ruth Riley.  The U.S. Embassy in Ethiopia believes sports are an excellent vehicle to engage youth to share common values, show positive examples of leadership, and build partnerships.  Previous programs have also included youth soccer programs and the visits of U.S. soccer professionals to Ethiopia to work with coaches and players.