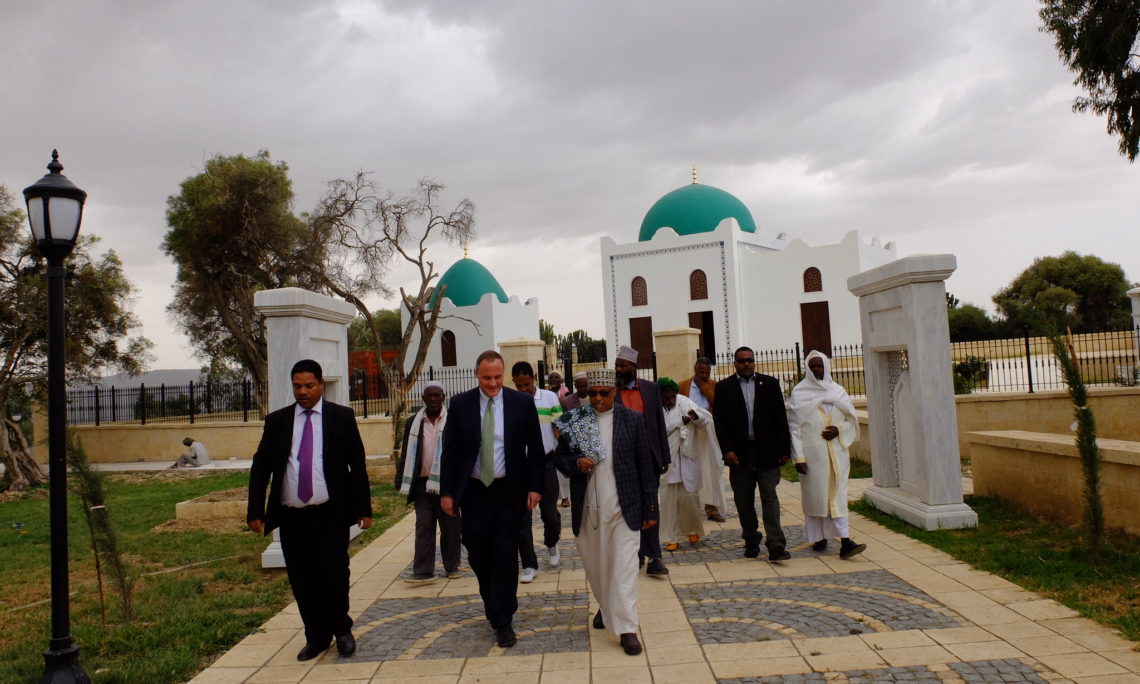 U.S. Ambassador to the Ethiopia, Michael Raynor visited the Nejashi Mosque this week to learn more about the history of Muslims in Ethiopia and followed his trip by hosting an Iftar dinner for Islamic leaders, business professionals, NGO leaders, media representatives, and academics from the Addis Ababa Muslim community.

At the Nejashi Mosque, the Ambassador reflected on the importance of historical events in Nejash, noting that “when King Ahmed Nejashi welcomed Muslims fleeing persecution over 1,400 years ago, he set an important and enduring example of religious tolerance that the whole world can learn from.”  At the Nejashi Mosque, Ambassador Raynor donated school supplies, shoes, and uniforms to 150 students in in the spirit of values that are celebrated during Ramadan and that bind people of different faiths together –peace, justice, equality, and compassion.

At the Iftar dinner Ambassador Raynor addressed his guests, “To all of us, and especially to our Muslim brothers and sisters, Ramadan is a beautiful time of reflection and devotion; a time to celebrate faith and religious principles; and a chance to focus on charity, family, and community.” “Earlier today, I had the honor of visiting the Nejashi Mosque to learn more about the history of Muslims in Ethiopia, and to gain a better appreciation for Ethiopia’s efforts, both past and present, to build a tolerant and diverse society”  he added.

The Ambassador noted that the tradition of holding Iftar dinners dates back over 200 years to the Presidency of Thomas Jefferson. The tradition continues today at U.S. embassies around the world and “reminds Americans of our own core values, including the significance we place on the diversity that defines us as a nation; our founding principle of religious freedom and tolerance; and the joy of not only peaceful, but supportive, coexistence.”