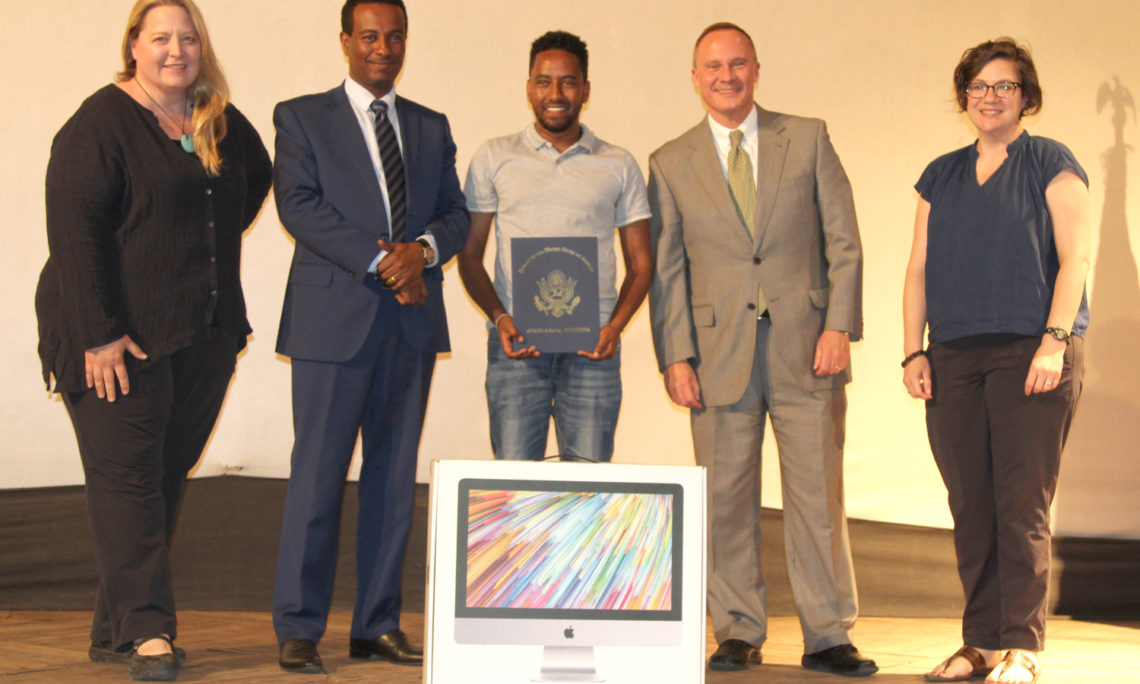 Ambassador Michael Raynor was joined by His Excellency, Mr. Kefyalew Tefera, State Minister for Capacity Building and Modernization Sector at the Ministry of Peace to announce the winners of the U.S. Embassy’s fourth annual video competition under the theme “I Stand for Peace”.

At the event, the Ambassador said the theme was chosen in response to recent events in Ethiopia, stating, “In any country, there will always be a minority – sometimes a very vocal minority, that calls for division, exclusion, and hatred. But I believe most Ethiopians, like most Americans, want something better than this, namely fairness, opportunity, tolerance, inclusion, and – yes – peace. Wanting those things, of course, is not enough to achieve them. We have to stand for these ideals, defend them, and prioritize them in our lives, our communities, and our nations.  That’s where the idea for this year’s video competition comes from.”

The video competition challenged Ethiopian filmmakers to explore what peace means to them, why peace is important, and how peace can be achieved  in short films less than three minutes long.

The U.S. Embassy received over 127 submissions, which were reviewed through a rigorous process, including input from two American documentary filmmakers, Christie Herring and Shana Hagan, who are visiting Ethiopia as part of the U.S. Department of State’s American Film Showcase and evaluated 20 semi-finalist videos. The three winning filmmakers all received iMac computers to support their ability to create and edit impactful films in the future.

In closing, Ambassador Raynor expressed his hope that the videos would inspire Ethiopians to do their part in promoting peace.