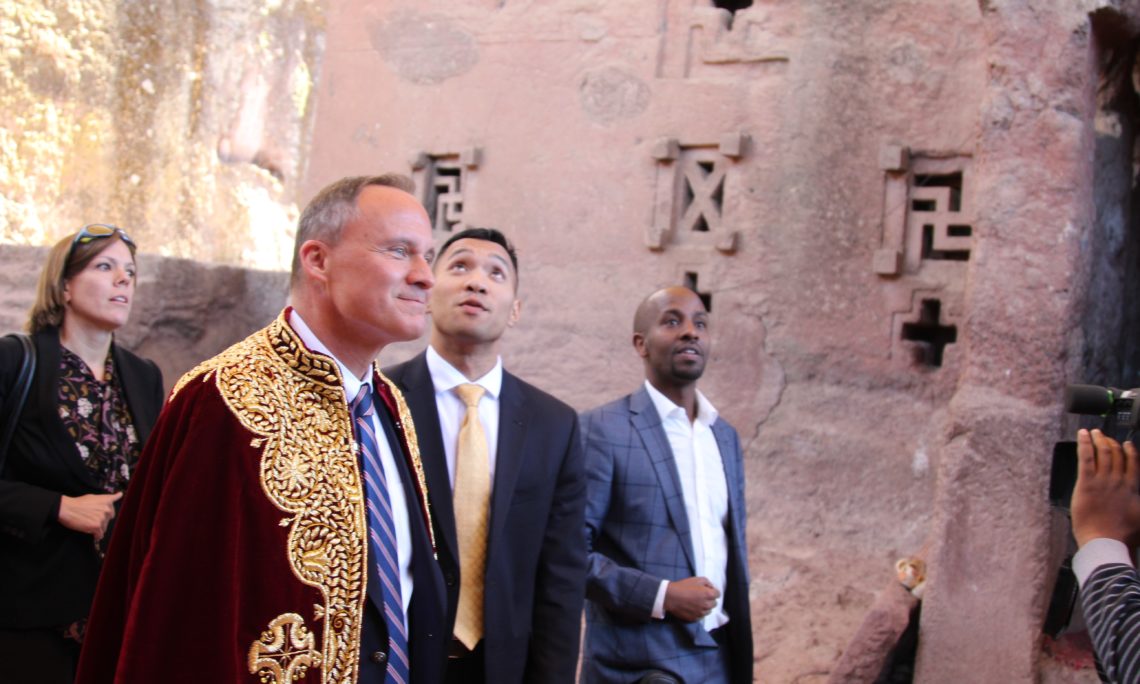 This project was funded by the U.S. Embassy, in partnership with the World Monuments Fund, the Authority for Research and Conservation of Cultural Heritage, the Ethiopian Orthodox Church, and the National Scientific Committee.

The preservation work was made possible by a grant from the U. S. government’s Ambassadors Fund for Cultural Preservation. A total of 17 million was invested for the renovation, of which the U.S. Embassy financed 14 million birr and the World Monuments Fund contributed over 3 million Birr.

The project was a major accomplishment not only because it successfully contributed to restoration of the UNESCO World Heritage churches, but also because it broke significant new ground in the field of conservation in Ethiopia. The process of restoring this heritage site involved preservation techniques that rely on local materials and expertise in order to make future preservation more manageable, cost effective and practical.

During the inaugural ceremony, U.S. Ambassador Michael Raynor stated, “We take great care to ensure that all of the cultural preservation projects supported by the U.S. Embassy incorporate the training of local craftsmen, because we want these projects to be not only an investment in Ethiopia’s rich cultural heritage, but also in Ethiopia’s capacity to protect and preserve that heritage for future generations.”

Since 2002, the U.S Embassy has supported the renovation of ten historical heritages in Oromia, Amhara, Tigray, and Harari regions and in the city of Addis Ababa.