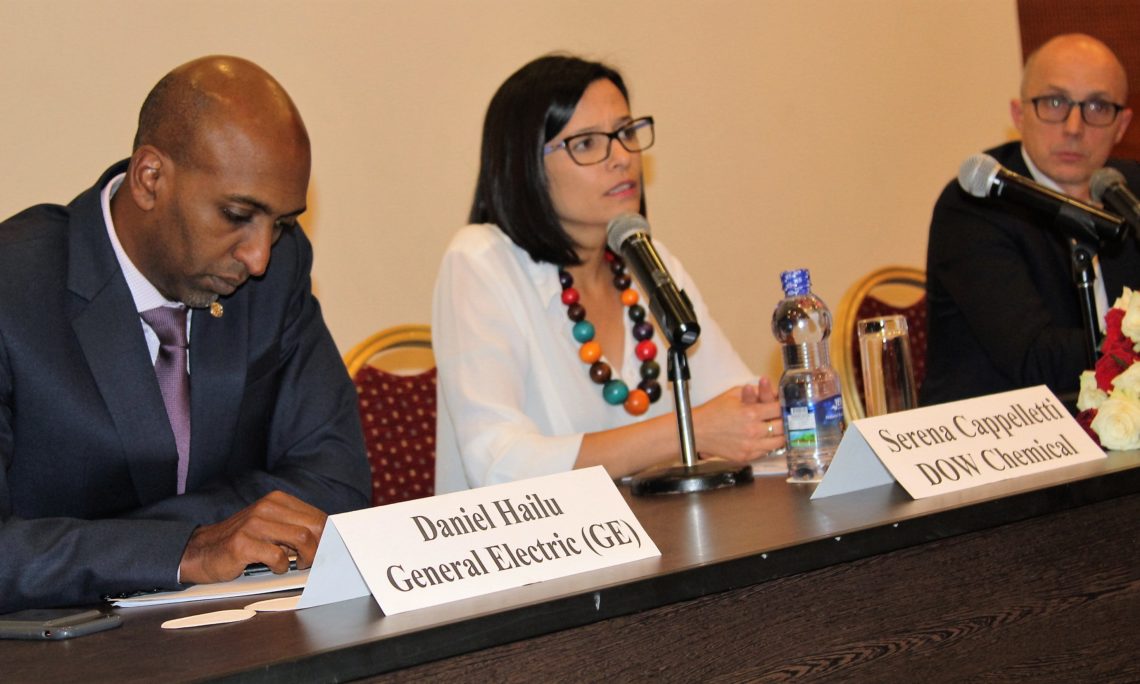 The panel discussion focused on the role of American companies in promoting responsible business practices in Ethiopia, and what needs to be done to attract such companies to Ethiopia.

Representatives of three American companies: General Electric, Dow Chemical and PVH, spoke about their operations in Ethiopia and also responded to questions from participants.

In his opening remark, U.S. Ambassador Michael Raynor said, “We believe firmly that, while Ethiopia has made tremendous progress on economic growth in recent years, the challenges ahead will require a greater role for the private sector.  From job creation, to access to foreign exchange and financing, to increasing prosperity, creating an environment where private enterprises can thrive and attract investments will allow Ethiopia to tap into the incredible potential I see when I meet business owners, entrepreneurs, and students, all of whom are thinking about the future and what they could accomplish if given the tools and opportunities to turn their ideas into reality.”

Ambassador Michael further said as of March 2018, there were already nearly 250 U.S. investment projects active here in Ethiopia according to the Ethiopian Investment Commission, with several hundred more under consideration or preparing to start.

As part of further enhancing business ties between the U.S. and Ethiopia, the U.S. Department of Commerce has announced that Under Secretary of Commerce for International Trade Gilbert Kaplan will lead a delegation from the President’s Advisory Council on Doing Business in Africa (PAC-DBIA) to Ethiopia.  This visit provides an opportunity for the delegation to gather insight into market opportunities and challenges faced by U.S. businesses in this fast-growing economy.