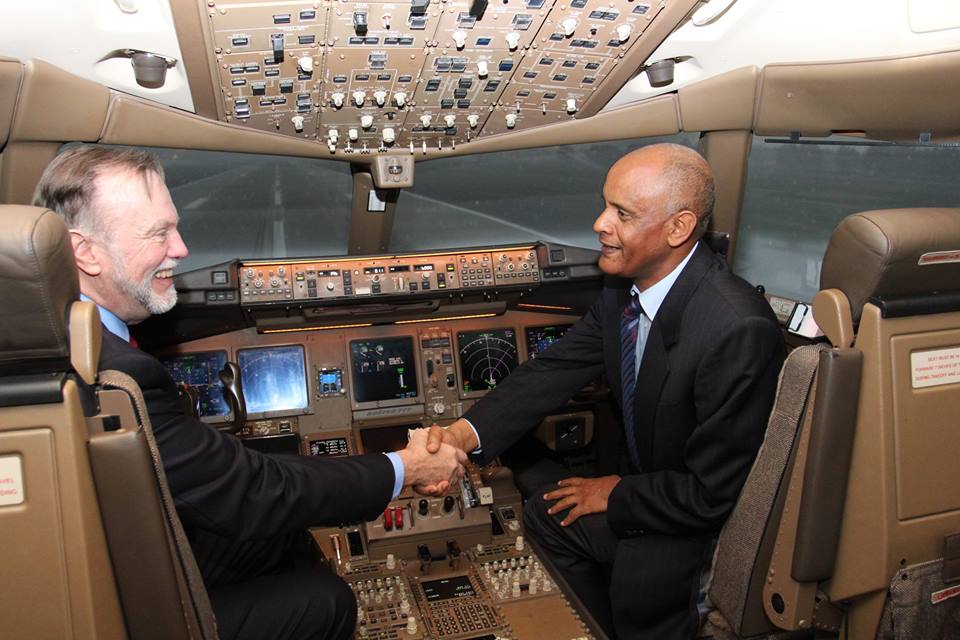 U.S. Assistant Secretary of State for African Affairs Tibor Nagy and Ambassador Michael Raynor toured facilities at Ethiopian Airlines during his visit to Ethiopia, to better understand the achievements of one of the world’s most successful airlines.  A/S Nagy was hosted by the COO Mr. Mesfin Tasew and the VP for Strategy Planning and Alliances, Mr. Henok Teferra.  The visit included a ride on a Boeing 777 flight simulator, a walk through the world class catering facility, and a view of the next generation GE engine repair shop.
The Assistant Secretary highlighted long-standing cooperation between Ethiopian Airlines, the U.S. government, and U.S. companies as an example of the successes that can be achieved through both government and private sector partnerships between our countries.

Accompanying the American delegation was Mr. Worku Gachou, the Managing Director for Africa at the Overseas Private Investment Corporation (OPIC).  During a visit to the cargo facility, Mr. Gachou viewed flowers from AfricaFlora, a private company which was supported by a $125 million loan from OPIC, being loaded onto planes for export.