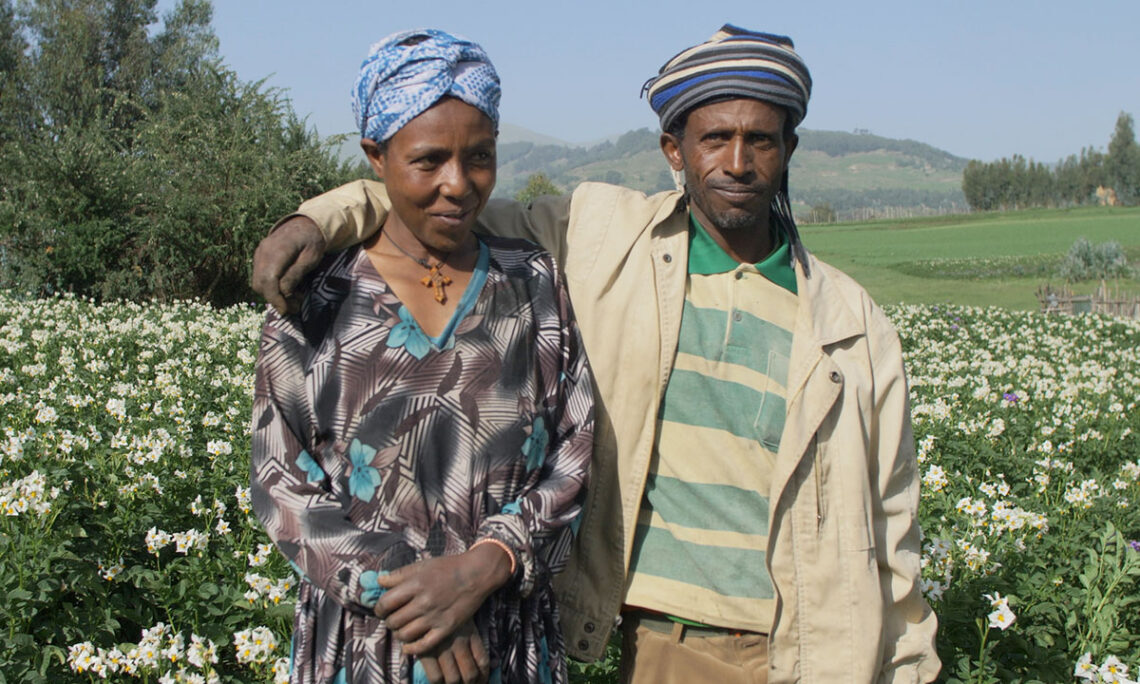 Addis Ababa, March 29, 2021 – Today, the United States joined the Government of Ethiopia and development partners to launch the next five-year phase of the Productive Safety Net Program (PSNP). The PSNP is the Government of Ethiopia’s multi-billion dollar food security, public works, and social safety net program for millions in need across Ethiopia.The PSNP was first established with U.S. support in 2005. As the largest donor, USAID’s contribution accounts for over $550 million.

Today’s launch represents a total additional $2.2 billion investment by the government and Ethiopia’s international partners in PSNP. Over the next five years, the PSNP will reach up to nine million people each year as it provides food assistance and services that will lift vulnerable families out of poverty. Minister of Finance Ato Ahmed Shide and Minister of Agriculture Ato Oumer Hussein launched the new, fifth phase of PSNP with heads of agencies from the United States Agency for International Development (USAID), World Bank, UK Foreign, Commonwealth & Development Office, World Food Programme, UNICEF, Irish Aid, and the Netherlands at a ceremony in Addis Ababa.

USAID Mission Director Sean Jones said, “The American people’s commitment to this Ethiopian-led program is long-standing. We are pleased to continue our work together to build upon the success of the PSNP in improving food security and nutrition, and resilience in poor and vulnerable communities. We applaud the Ethiopian government’s commitment, leadership, and increased ownership under this initiative. The American people greatly appreciate the opportunity to be a partner of the Ethiopian people in the coming years.”

The United States has supported the PSNP initiative since its inception and remains Ethiopia’s largest bilateral assistance partner, investing over $4 billion in the last five years alone.