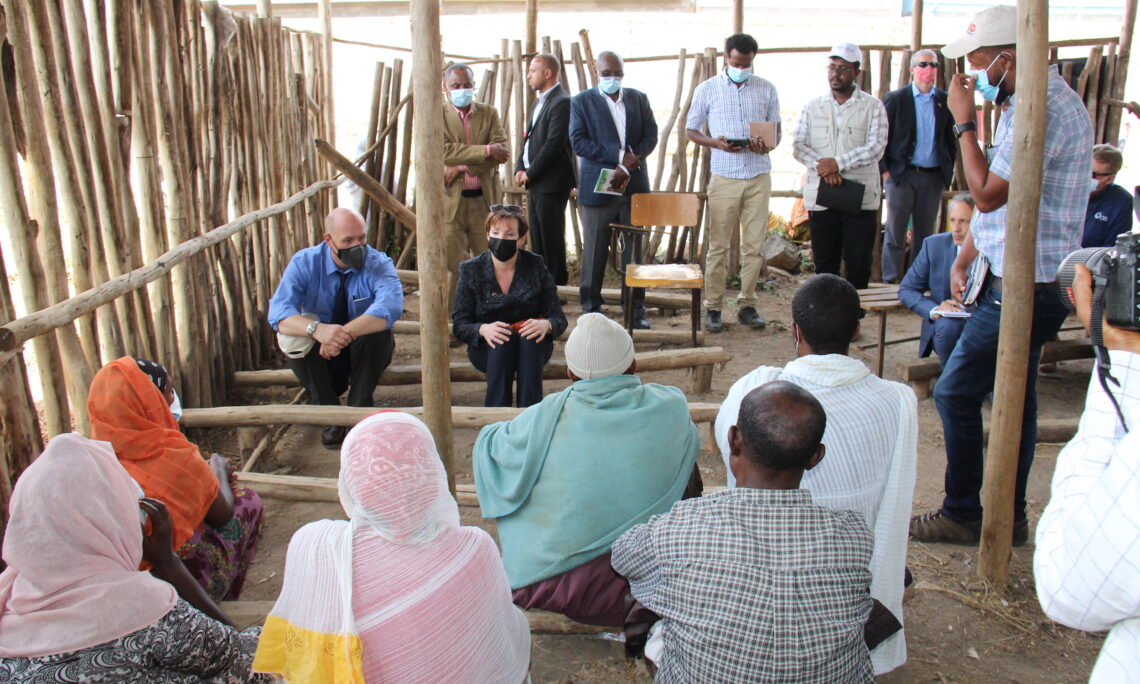 During her meeting with President Yilikal, Ambassador Jacobson re-iterated the U.S. commitment to all Ethiopians wherever they live and the United States’ call for a peaceful resolution to the conflict, unhindered humanitarian access, and transparent justice mechanisms to hold accountable those who have committed human rights abuses.  She asked the president to actively support the movement of aid in the region.  Ambassador Jacobson pledged continued support from the United States towards the region’s recovery, including direct humanitarian aid for those displaced by the conflict.  In 2021 the U.S. helped nearly 3.8 million people in the region with life-saving food assistance and allocated nearly $900 million worth of aid to Ethiopia.

Ambassador Jacobson visited the Organization for Rehabilitation and Development, where USAID supports food distribution for internally displaced people (IDPs).  Access for humanitarian assistance continues to be a U.S. priority.

Ambassador Jacobson toured the Amhara Regional Public Health Emergency Operations Center in Bahir Dar, a collaborative effort with the U.S. Center for Disease Control.  The United States is proud to help support this valuable initiative, which identifies and responds to public health risks across the Amhara region.

At Bahir Dar University, she met with university leadership, faculty and students involved with both the Disaster Risk Management Master’s program and the Partnership in Business Entrepreneurship and Leadership Transformation program.  The U.S. is proud to support these initiatives that build the capacity of young Ethiopians committed to working towards a brighter future for their country.

Ambassador Jacobson’s day concluded at Aba Mengesha Geneme Public Library, where she presided over the reopening of the Bahir Dar American Corner (BDAC). This is one of several American Corners located in Ethiopia, including in Jimma, Dire Dawa, and in Addis Ababa.