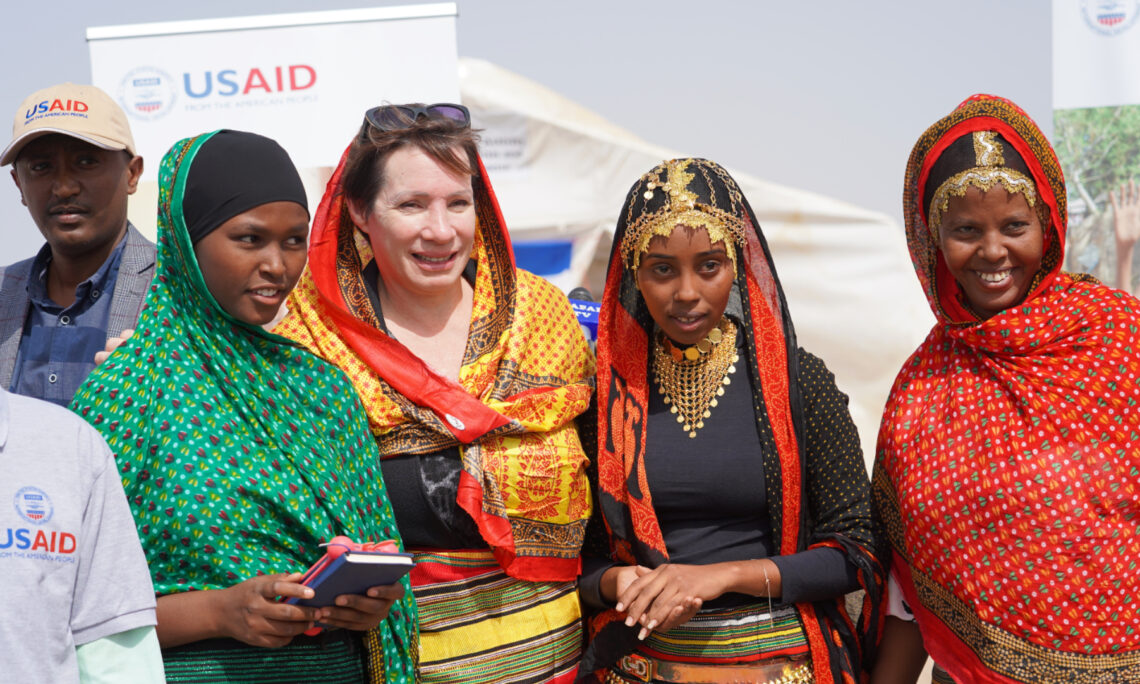 During her visit to Semera, the Chargé d’Affaires had the opportunity to sit down with Regional President, Mr. Awol Arba Unde.  Ambassador Jacobson pledged continued support from the U.S. towards the region’s recovery, including direct humanitarian aid for those displaced by the conflict.  So far in 2022, the U.S. has committed roughly $90 million in Afar, including about $50 million in the development of the region and another $40 million in urgently needed humanitarian aid.  The U.S. is committed to supporting the Afar region—now during the conflict and in the future, during the coming drought and floods—and is particularly focused on those who are displaced and whose communities have been ravaged by conflict and other disasters.

While in the region, Ambassador Jacobson presided over the launch of USAID’s surging emergency support for children and schools affected by conflict.  The Chargé visited Megle Kibo Primary School, which is one of 200 schools USAID is refurbishing in Afar with supplies, including books, desks, blackboards, and tents for emergency-use classrooms.  USAID is also providing psychosocial support to the students at these schools to help them cope with the distressing effects of the conflict and displacement.

Ambassador Jacobson met with Semera University President, Dr. Mohammed Usman, a former participant in the U.S. Embassy International Visitor Leadership Program (IVLP), to talk about the benefits of the program and the impact of the conflict on university staff and students.

She also had the opportunity to sit down with members of several Afar region-based youth organizations and share lunch with several zonal clan leaders.  Throughout these discussions, the Chargé d’Affaires reiterated USAID’s support for Afar’s long-term development as well as immediate humanitarian needs.  These discussions were an opportunity for Ambassador Jacobson to hear firsthand about the region’s concerns and needs.