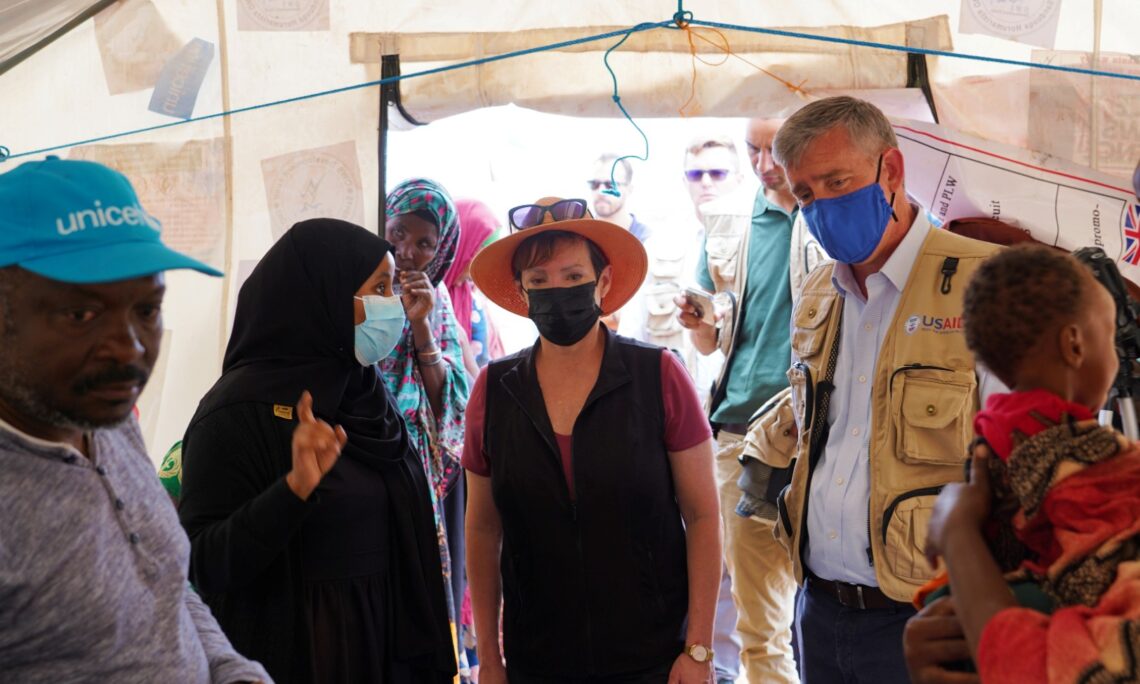 Ambassador Jacobson spoke with Regional President Mustafe and pledged continued U.S. support for Ethiopians in every region affected by the drought—including the Somali region.  As the largest donor of drought-related humanitarian aid in Ethiopia, the U.S. has provided over $110 million, including sustenance for 3.6 million people.

Ambassador Jacobson called on additional donors and the federal Government of Ethiopia to step-up funding, which the United Nations Office for the Coordination of Humanitarian Affairs (OCHA) says is needed by June 2022, to close the nearly $275 million gap and to prevent further loss of life.

At the Higlo camp for internally displaced people (IDP), Ambassador Jacobson witnessed life-saving humanitarian work in action and spoke with community members and representatives from the camp about their needs.  Ambassador Jacobson engaged elders, pregnant women, and new mothers receiving emergency nutritional food and reiterated the United States’ commitment to all Ethiopians affected by the drought.  Disaster Risk Management officials from the Shebelle Zone of Ethiopia’s Somali Region shared perspectives on how United States’ funding can be spent as effectively as possible.

Ambassador Jacobson visited a World Food Programme (WFP) warehouse in Gode that receives funding from the American people and serves a total of 910 distribution points to provide one million Ethiopians emergency food items, including cereals, grain, and vegetable oil.  At Gode Hospital, the main treatment center for children suffering from acute malnutrition in the surrounding region, Ambassador Jacobson handed over a new shipment of emergency nutritious food for children.  The U.S. is also proud to fund lifesaving nutrition screening and treatment for over 343,000 vulnerable women and children across all drought-affected regions.

The American people’s support for all Ethiopians affected by the drought is a reflection of the U.S. and Ethiopia’s shared values and longstanding partnership.