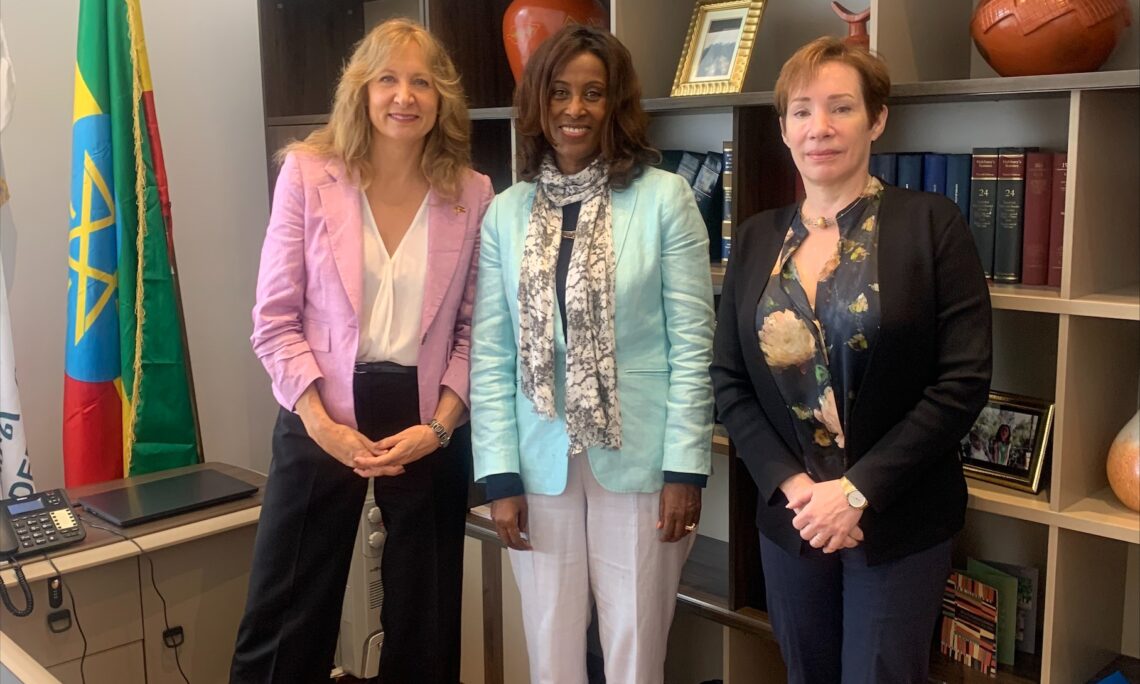 Addis Ababa, August 10, 2022 U.S. Ambassador-at-Large for Global Criminal Justice Beth Van Schaack and Ambassador Tracey Ann Jacobson met with Deputy Prime Minister and Minister of Foreign Affairs Demeke Mekonnen and various other government officials in Ethiopia to better understand systems of justice in Ethiopia.  They also met with officials such as the President of the Supreme Court and the Minister of Justice, as well as the National Dialogue Commission and diverse stakeholders to discuss transitional justice in Ethiopia. This is Ambassador Van Schaack’s second trip to Africa since beginning her term as Ambassador-at-Large in March 2022.

“I am grateful to be here in Ethiopia at this critical time.  Ambassador Jacobson and I have discussed transitional justice with government officials and community leaders.  Truth, accountability, and guarantees of non-recurrence are essential to end cycles of violence and impunity, and ultimately lead to lasting peace. The people of Ethiopia want and deserve justice.  These are not easy tasks, but the United States is committed to supporting these efforts.”

Ambassadors Van Schaack and Jacobson also met with civil society leaders in Ethiopia to talk about the work they are doing on behalf of victims of atrocities in Ethiopia. The U.S. is dedicated to supporting victims and activists as they seek justice. In their engagements, Ambassadors Jacobson and Van Schaack stressed the importance of accountability for human rights violations and abuses in Ethiopia and discussed how the United States can support Ethiopia in these efforts.

“Ending impunity is essential for peace in Ethiopia, and for the victims who deserve justice.  The United States is here to help.”