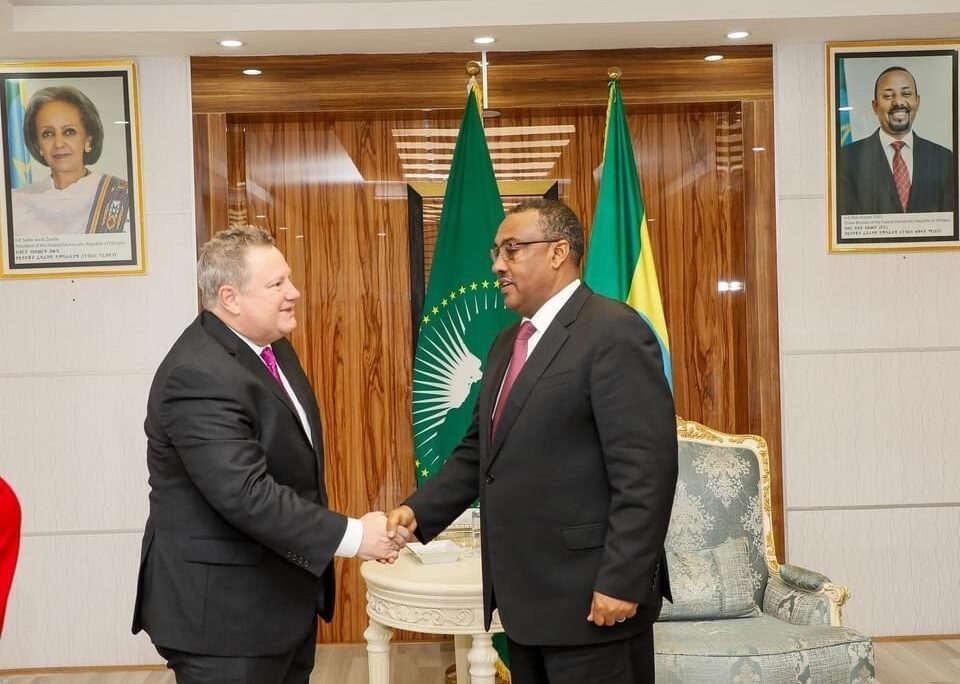 Addis Ababa, August 9, 2022– During his first official visit to Ethiopia as U.S. Special Envoy for the Horn of Africa (SEHOA), Ambassador Mike Hammer met with senior Ethiopian government officials and African Union representatives to discuss opportunities and efforts to advance peace in Ethiopia and the region.

SEHOA Hammer and Ambassador Tracey Jacobson, Chargé d’Affaires in Ethiopia, along with members of the diplomatic corps made their first joint visit to Mekelle in Tigray region.  They encouraged the launch of talks between the Government of Ethiopia and the Tigray People’s Liberation Front under the African Union’s auspices and urged all to refrain from counterproductive bellicose rhetoric and hate speech.  They saw first-hand the humanitarian aid efforts underway and the significant progress that has been made, noting the arrival of fuel would enable assistance to reach those in need throughout Afar, Amhara, and Tigray.  In 2021, the United States provided nearly $1.3 billion (~68.3 billion birr) for the health, development, and humanitarian needs of all Ethiopians.  Recently, the U.S. Embassy in Addis Ababa announced an additional $488 million in humanitarian assistance for drought relief in Ethiopia.  The United States is committed to working hand-in-hand with all Ethiopians during this challenging period.

Ambassador Hammer also met with a wide cross section of society, including politicians from several regions, human rights groups, women leaders, and academics. “On my first official trip to the region as SEHOA, I conveyed America’s interest in supporting Ethiopia, while respecting its sovereignty and territorial integrity.  Through the generosity of the American people, the United States is providing humanitarian assistance to Ethiopians in need.  I appreciated the opportunity to discuss with the government how best to address our common interest in advancing peace.  I learned more about the Grand Ethiopian Renaissance Dam and Ethiopia’s plans for economic development.  Through active diplomacy under the African Union’s auspices, an agreement can be reached that serves all who live along the Nile.”

During the meeting with Deputy Prime Minister and Minister of Foreign Affairs Demeke Mekonnen, Ambassador Jacobson reiterated an invitation from the White House for the U.S.-Africa Leaders’ Summit December 13-15, 2022.  Ethiopia’s participation in the Summit will bolster U.S.-Ethiopia and U.S.-Africa relations as we work together to address global challenges.

Special Envoy Hammer’s engagements during his almost two-week stay reflect the long history of U.S. partnership with Ethiopia, as well as support for the Africa Union’s efforts to advance peace and stability in the Horn of Africa.