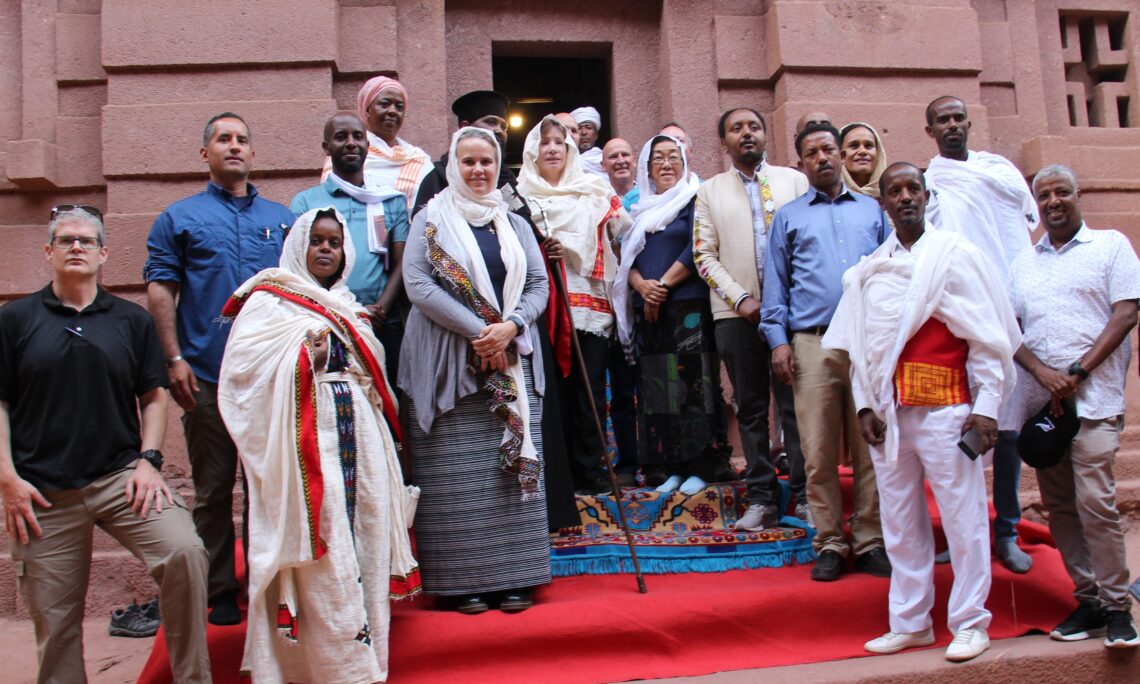 Addis Ababa, May10, 2022 – Ambassador Tracey Ann Jacobson, Chargé d’Affaires of the United States to Ethiopia, and leaders from other international missions visited Lalibela, a United Nations Educational, Scientific and Cultural Organization (UNESCO) World Heritage Site in Ethiopia over the weekend.

Ambassador Jacobson and the delegation met with local community representatives, who explained how the local economy has been impacted by the COVID-19 pandemic and the conflict that raged across the Amhara region.  They heard firsthand about the challenges the Lalibela community is facing and what support they need to move forward.

The Ambassadors visited two churches, which were restored through the U.S. Ambassadors Fund for Cultural Preservation (AFCP) funds: Biete Gabriel-Rafael and Biete Golgotha Mikael.   Ambassador Jacobson spoke to Abba Tsigesilassie, who serves as the Administrator of Debre Roha, St. Lalibela Monastery.  She also spoke to local tour operators about the detrimental effects of the decline in tourism to the region.

“I think there is a spirit in Lalibela of generations of hospitality to pilgrims and other visitors, and that spirit is also an outstanding universal value of cultural heritage.” Ambassador Jacobson said in her remarks at Biete Amanuel while in Lalibela over the weekend.

The AFCP is a United States Department of State-funded program that supports the preservation of cultural sites, cultural objects, and forms of traditional cultural expression in eligible countries.  The U.S. Embassy in Addis Ababa has received nearly $2 million from AFCP since 2002, which has funded eleven projects across Ethiopia.  Three of these projects have been implemented in Lalibela in partnership with the World Monuments Fund (WMF), an international NGO focused on world heritage preservation.

Since 2001, AFCP has supported over 1,100 projects worldwide, with a focus on supporting cultural heritage preservation in less developed countries.   The U.S. will continue to support the conservation of heritage sites in Ethiopia, working with local communities, the government and NGOs.  This support is a reflection of America and Ethiopia’s shared values, and our longstanding partnership with the Ethiopian people.