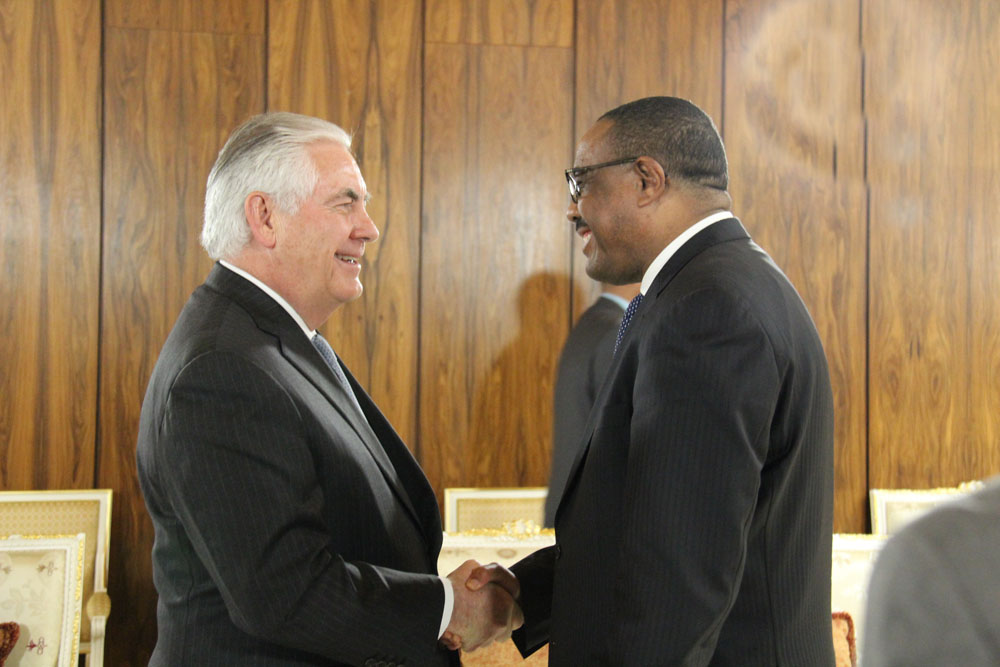 The following is attributable to Spokesperson Heather Nauert:

Secretary Tillerson met with Ethiopian Prime Minister Hailemariam Desalegn in Addis Ababa today, his first stop on his first visit to Africa as U.S. Secretary of State. The Secretary emphasized long-standing U.S. commitment to and partnership with the Ethiopian people. The Secretary thanked the Prime Minister for Ethiopia’s continued leadership on regional humanitarian and security issues, noting specifically Ethiopia’s role as a host of refugees and one of the most significant contributors to peacekeeping operations, and the role Ethiopia can play in the African Union and the Intergovernmental Authority on Development (IGAD) to improve regional relations.

The Secretary encouraged completing the democratic reforms to broaden political participation, particularly in light of the ongoing government transition. The Secretary also stressed the role of the private sector and the desire to see increasing numbers of U.S. firms invest in and export to Ethiopia, who bring with them a focus on transparency and training. The Secretary commended the Prime Minister for his commitment to Ethiopia’s future, demonstrated by his decision to step down, to facilitate a peaceful transition, and to make way for further reforms.