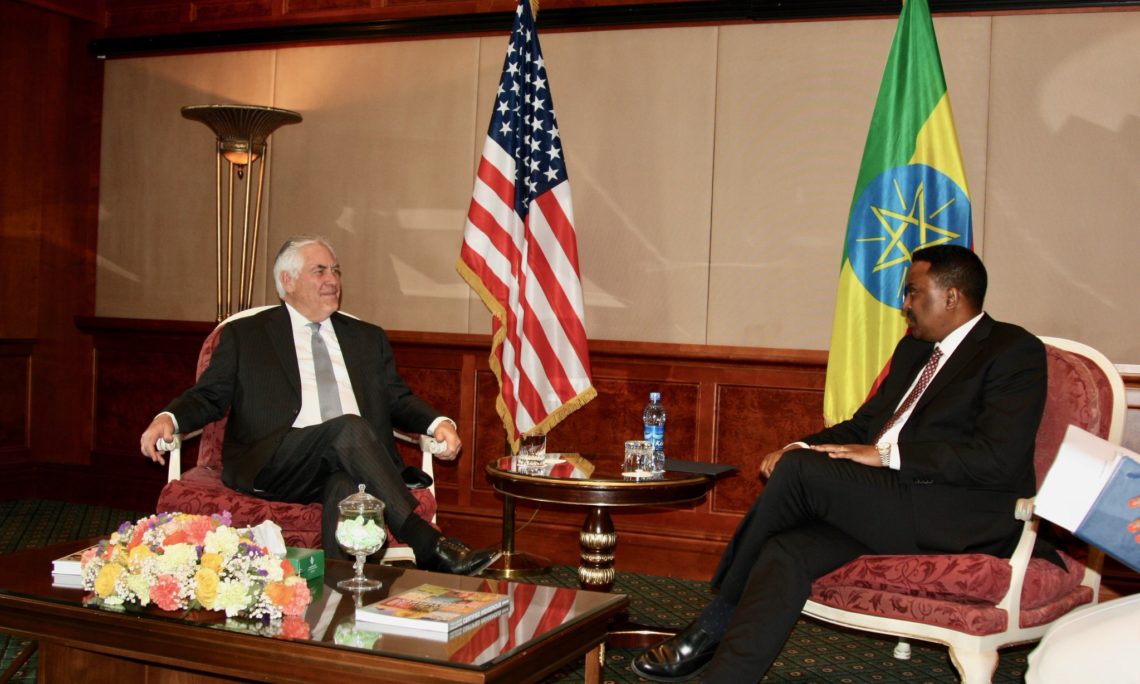 The following is attributable to Spokesperson Heather Nauert:
Secretary Tillerson met with Ethiopian Foreign Minister Workneh Gebeyehu in Addis Ababa today, addressing a wide range of shared interests in security, economic growth, and governance. The Secretary underscored U.S. appreciation for Ethiopia’s role in improving regional security as a both caretaker of refugees and of contributor to peacekeeping operations, and as a leader in both the Intergovernmental Authority on Development and the African Union. The Secretary emphasized that the United States supports Ethiopia as it does the hard work of advancing democratic reforms to broaden political participation. The Secretary also encouraged the Foreign Minister to continue to focus on private sector growth and the transparency that creates the environment for increased investment.