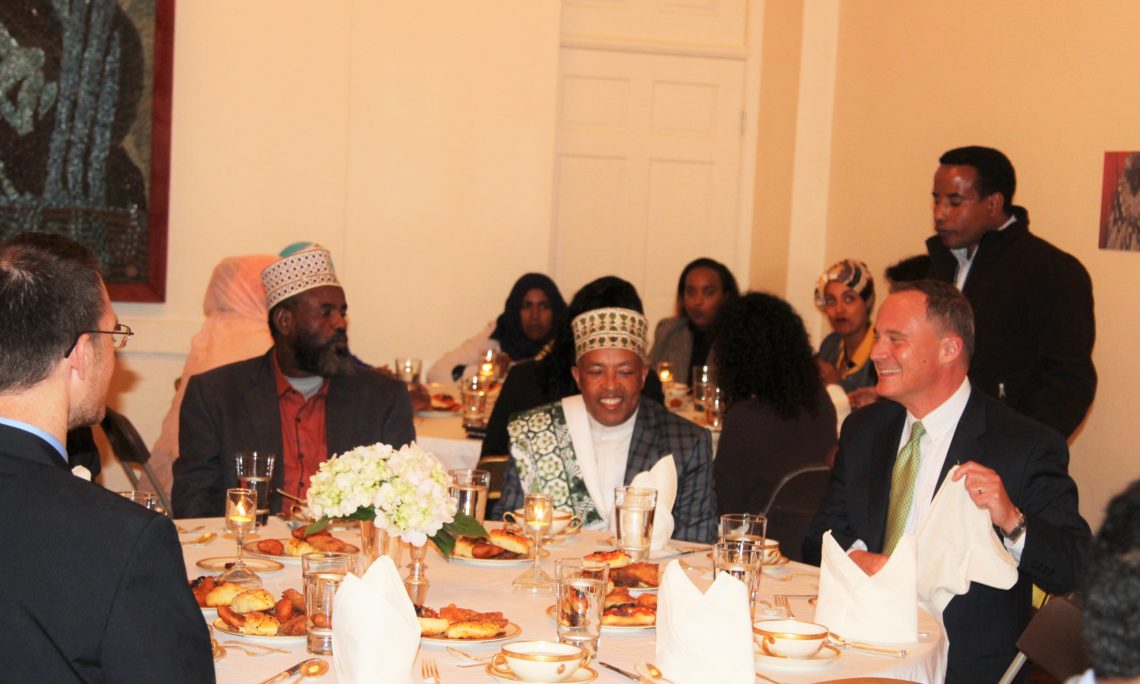 Welcome and thank you all for being here this evening.

More than 200 years ago, Thomas Jefferson – one of America’s first diplomats and its first Secretary of State – hosted an envoy from Tunisia for what is believed to have been the United States’ first official Iftar dinner.

Today, Iftar dinners are of course far more common in the United States, and a regular occurrence among the more than three million American Muslims and their friends who are, like Islam itself, a part of our American fabric.

In the years since Thomas Jefferson, hosting Iftar dinners has also become a tradition at U.S. embassies around the world.

It’s an important tradition that reminds Americans of our own core values, including the significance we place on the diversity that defines us as a nation; our founding principle of religious freedom and tolerance; and the joy of not only peaceful, but supportive, coexistence.

To all of us, and especially to our Muslim brothers and sisters, Ramadan is a beautiful time of reflection and devotion; a time to celebrate faith and religious principles; and a chance to focus on charity, family, and community.

It’s also an opportunity for us to build bridges of understanding and good will that can bring people of all faiths together to forge stronger bonds of cooperation, understanding, and respect.

Tonight, we celebrate both the beauty of the Islamic faith and the principles that bind people of different faiths together:  peace, justice, equality, and compassion.

Earlier today, I had the honor of visiting the Negashi Mosque to learn more about the history of Muslims in Ethiopia, and to gain a better appreciation for Ethiopia’s efforts, both past and present, to build a tolerant and diverse society.

Both the town of Negash and the mosque itself are symbols of peaceful religious co-existence.

When Ethiopian King Ahmed Nejashi  welcomed Muslims fleeing persecution over 1,400 years ago, he set Ethiopia apart in a region that was increasingly divided along religious lines.

Since the mosque was built in the 7th century, it has remained both a sacred place of worship and a beautiful story of brotherhood, respect, and peace.

Tonight, my embassy colleagues and I are grateful that you’ve joined us for what we hope will be a very relaxed and convivial evening among friends, though also one reflecting our high regard for the importance of Ethiopia’s Muslim community, not only to this country’s history and culture, but to its future as well.

I hope this evening will also reflect the value of embracing and celebrating the diversity, in all its forms, that are such hallmarks of our two countries.

Thank you for sharing this evening with us and each other, and for working and celebrating with us as partners and friends.

I wish each of you and your families a blessed Ramadan.