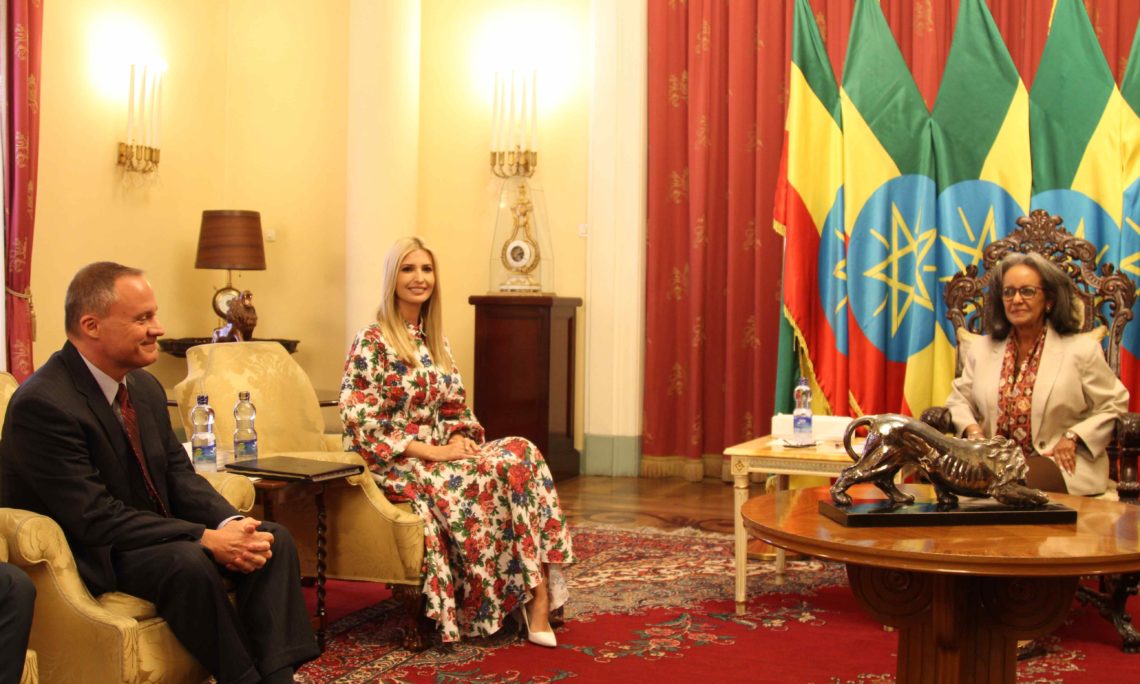 Advisor to the President Ivanka Trump, USAID Administrator Mark Green and OPIC Acting President and CEO Dave Bohigian met with Her Excellency, President Sahle-Work Zewde, to reinforce the United States’ ongoing commitment to its strong partnership with Ethiopia.  During the meeting, Ms. Trump highlighted the President’s achievement in becoming the first female president of Ethiopia and the only female head of state in Africa. She sought her views on Ethiopia’s efforts to improve opportunity and inclusivity for women and they discussed the White House-led Women’s Global Development and Prosperity initiative (W-GDP), which focuses on advancing women’s full and free participation in the global economy. They also discussed opportunities for legal and regulatory reform, specifically access to credit, and the need to prioritize implementation and enforcement in rural areas. Ms. Trump and President Sahle-Work affirmed their shared belief that women’s economic empowerment is not only an economic issue, but also a security priority. The delegation also commended the President for the launch of the Women in Science (WiSci) Partnership in Ethiopia through which the U.S. Government, in partnership with Google and Microsoft, will bring a new WiSci STEAM Camp to Ethiopia in the Summer of 2019 providing young women from Ethiopia and the U.S. with the skills to advance their education while also bolstering U.S.-Ethiopian cross-cultural ties.