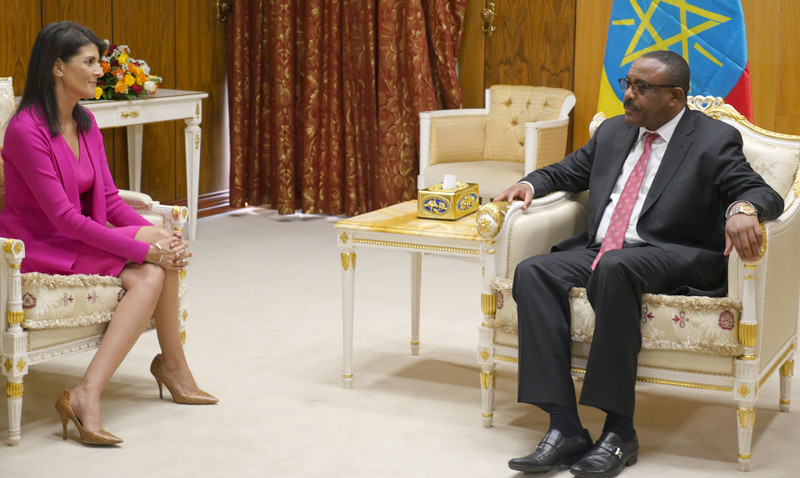 Ambassador Haley and Prime Minister Hailemariam discussed peace and security in the region, particularly developments in South Sudan and the Democratic Republic of the Congo. On South Sudan, Ambassador Haley and Prime Minister Hailemariam agreed on the importance of moving forward with the high-level revitalization forum to revive the 2015 South Sudan peace agreement as soon as possible. Both underscored that resolving the situation in South Sudan would require sustained engagement and attention from the African Union and others in the region. On the Democratic Republic of the Congo, they agreed on the importance of holding elections as well as the need to address the root causes of conflict in the country.

They also discussed efforts to stimulate additional growth and sustain long-term peace and stability in Ethiopia by building strong institutions and fostering an open society.