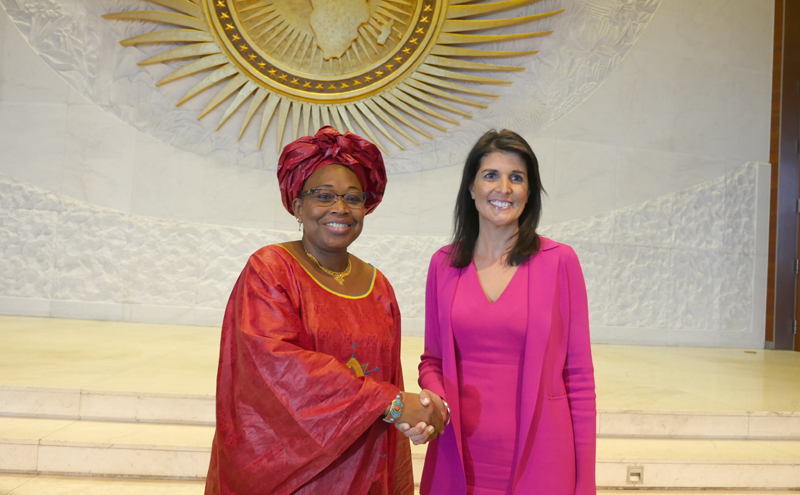 Ambassador Haley and Commissioner Samate discussed a range of topics of mutual concern on the continent, including the African Union Mission in Somalia (AMISOM), and the situations in South Sudan, the Democratic Republic of Congo, and Mali. Ambassador Haley expressed the United States’ appreciation for the African Union’s partnership in UN peacekeeping operations, and both Ambassador Haley and Commissioner Samate noted the need to increase the role of women in peacekeeping operations.

Ambassador Haley reaffirmed the indispensable partnership between the African Union and both the United States and the United Nations and underscored the leading role the African Union can play in stabilizing the region and in advancing peace, security, and human rights across the continent.