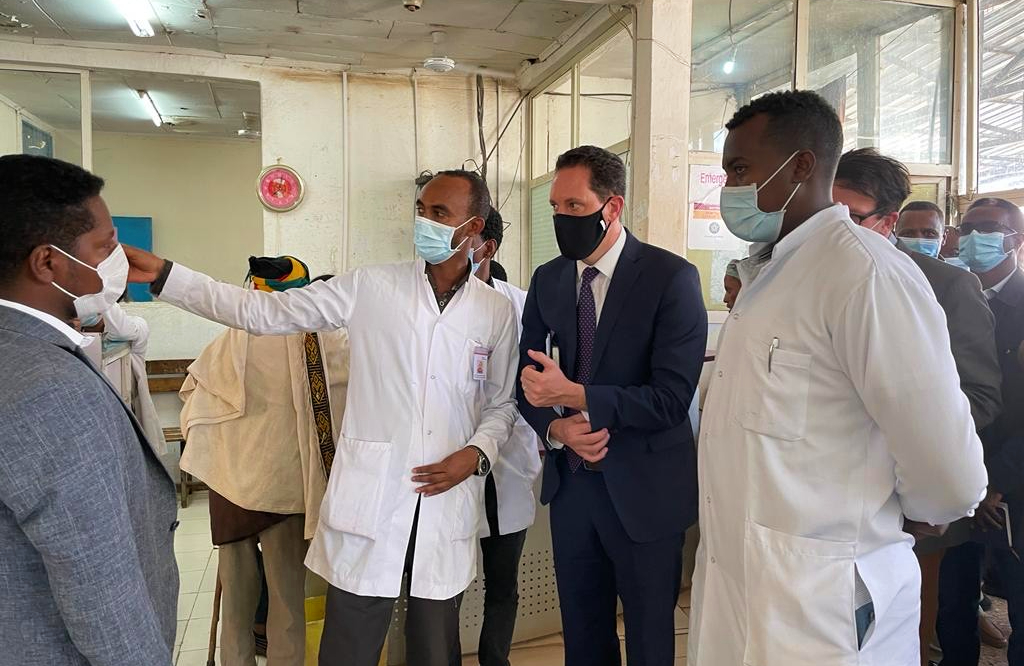 In Semera on February 3, a delegation led by Mr. Jones met with Awol Arba, president of the Afar Regional State, to discuss the needs of conflict-affected communities and internally displaced peoples (IDP) in Afar.  The director visited an IDP camp in Semera and met with IDP representatives to discuss their needs and concerns.  He then hosted lunch for local community leaders, including elders from the heavily war-damaged areas of Chifra as well as elders from Semera working with the government on IDP issues.

In Bahir Dar on February 4, a delegation led by Mr. Jones met with the president of the Amhara Regional State, Dr. Yilikal Kefale.  Dr. Yilikal and the USAID director discussed the needs of those in the regional state, particularly residents of conflict-affected communities and IDPs.  In addition to the ongoing development programs in health, education, and other areas, Mr. Jones highlighted USAID’s early efforts to support over 2.9 million people in the Amhara Region with emergency food supplies during the last few months and the commitment to supporting the region’s recovery in the coming years.  The discussion underscored the United States’ continued efforts to help communities in the Amhara Region recover from the impacts of conflict, climate change, and other challenges during the past year.

While in Bahir Dar, Mr. Jones announced two new investments in the government of Ethiopia’s national Productive Safety Net Program (PSNP).  USAID’s contribution of more than 11 billion birr will support over 500,000 people across the Amhara Region and will fund activities, including rehabilitating degraded lands with soil and water conservation practices and training young men and women with workforce readiness skills.

The mission director also met with a variety of humanitarian organizations in Bahir Dar, including the Organization for Relief and Development in Amhara (ORDA) and a consortium of UN agencies.  USAID handed over medical equipment to the Amhara Regional Health Bureau, including ten tuberculosis testing machines and equipment for four newly built maternity blocks in regional health centers.

USAID is the humanitarian and development agency of the U.S. government.  All assistance in Ethiopia is provided by the American people as a commitment to our shared values and an investment in the prosperity of Ethiopia’s future generations.
#USInvestsInEthiopians
###