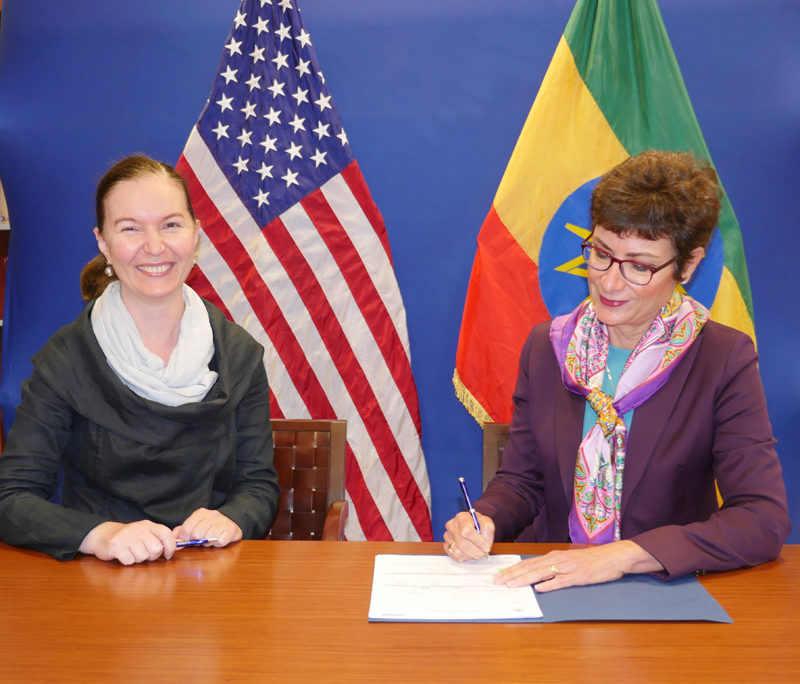 The U.S. government is proud to partner with government, international organizations, and NGOs like IRC to support Ethiopia as it hosts the largest population of refugees in Africa.  The importance of Ethiopia as a key player in responding to refugee needs is highlighted by the fact that Ethiopia will serve as one of 7 co-hosts for President Obama’s Leaders Summit on Refugees that will be held on September 20 on the margins of the 71st session of the UN General Assembly.

The Summit co-hosts all recognize that the international community must do more to protect and assist refugees.  Humanitarian appeals are at record levels, yet are underfunded.  Massive numbers of refugees are turning to dangerous and illegal smuggling networks in search of safety; and millions more face long-term dependency in first asylum countries, without access to lawful employment and education.  In the lead up to the UNGA, Ethiopia, the United States, and other co-hosts, as well as other UN Member States that join this effort, will make concrete commitments to address these challenges.

In Fiscal Year 2015 U.S. State Department’s Bureau of Population, Refugees, and Migration (PRM) provided nearly $82 million in refugee assistance in Ethiopia, and to date in FY 2016 has provided over $66 million.  The Julia Taft Fund for Refugees is an additional PRM initiative that provides Ambassadors with the means to respond to critical unmet needs of refugees.

Past grant recipients in Ethiopia have implemented projects renovating facilities for the reception of children and adolescent refugees first arriving in Ethiopia, developing livelihoods and protecting the environment among pastoralist refugees, and constructing a multipurpose women’s center for counseling, training, and community activities.

IRC has been a partner of the USG for many years, in Ethiopia as well as in other parts of the world. The U.S. Embassy is delighted that IRC is the recipient of this year’s Julia Taft Fund award in Ethiopia.  This award of nearly $25,000 will boost the availability of safe drinking water and improve sanitation facilities for the  21,000-plus refugees, mostly from Sudan and South Sudan, who live in the Tsore and Sherkole camps.

The U.S. government looks forward to continuing to fostering our partnership and commitment with IRC, as well as with our other NGO and international organization partners, to assist the refugee population in Ethiopia.