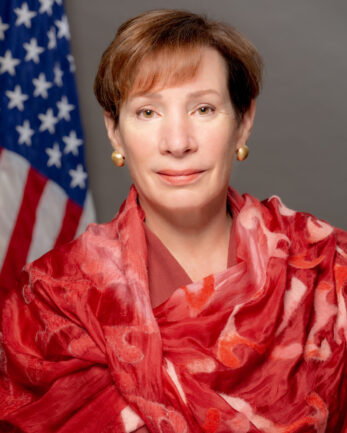 Ambassador Tracey Ann Jacobson, a career member of the Senior Foreign Service, Class of Career Minister, arrived in Addis Ababa on February 25, 2022 to begin her assignment as Chargé d’Affaires at the U.S. Embassy in Ethiopia.  She previously served as Ambassador to Kosovo, Tajikistan, and Turkmenistan.  Ambassador Jacobson’s earlier overseas assignments include Seoul, Moscow, Nassau, and Riga.   Her domestic assignments include serving as Principal Deputy Assistant Secretary of State for International Organization Affairs, Deputy Director of the State Department’s Foreign Service Institute, and Deputy Executive Secretary of the National Security Council at the White House.  Ambassador Jacobson is joined in Ethiopia by her husband, David Baugh, a retired member of the British Diplomatic Service.