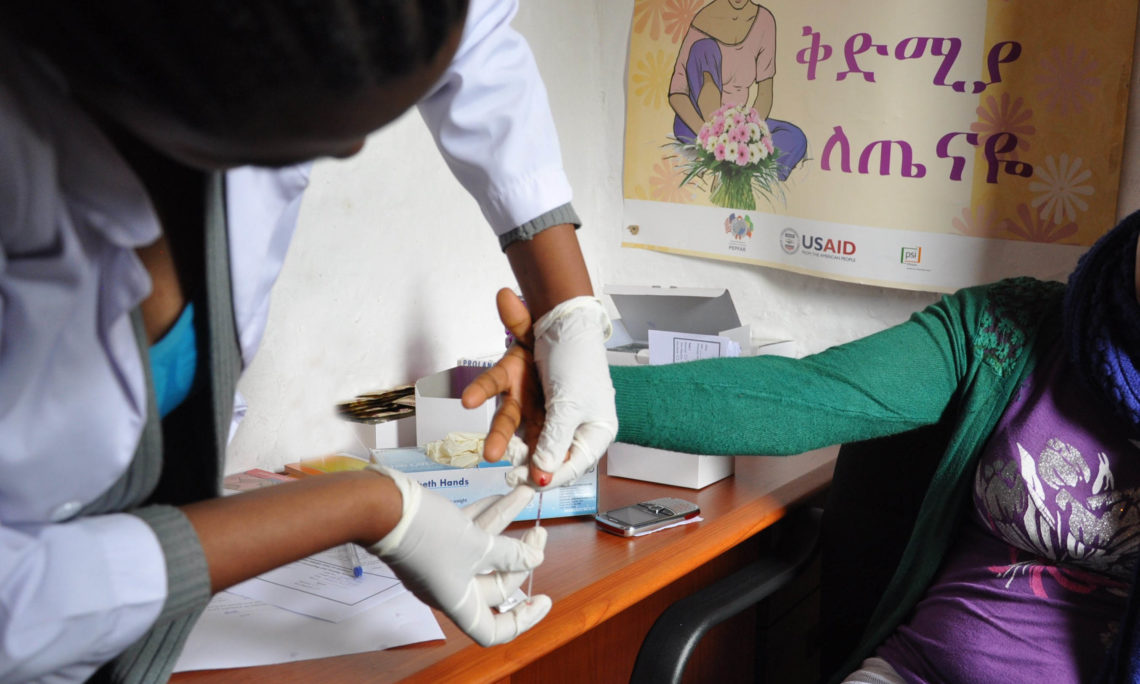 The United States Agency for International Development (USAID) recently concluded its Mulu Most At Risk Populations Project to combat HIV/AIDS in Ethiopia and is announcing the launch of a new follow-on project, HIV Services for Key and Priority Populations Activity.

Over the past five years, USAID’s Mulu Most At Risk Populations Project provided community-based HIV services through a network of public and private facilities. The project also established drop-in centers that offered comprehensive and confidential HIV testing, care, and treatment reaching more than 600,000 female sex workers and other individuals at high risk of contracting HIV infection. The Mulu Most At Risk Populations Project was part of USAID’s comprehensive support to fight HIV/AIDS in Ethiopia through the U.S. President’s Emergency Plan for AIDS Relief (PEPFAR).

To build on this progress, USAID is launching its new five-year HIV Services for Key and Priority Populations activity. Through community-based clinical services and public laboratory facilities, the project will continue to improve HIV testing, link people to HIV treatment, and track viral load suppression. In doing so, the project will aim to help Ethiopia reach the UNAIDS and PEPFAR goal of having 90 percent of people living with HIV diagnosed, 90 percent of diagnosed people on antiretroviral treatment, and 90 percent of people in treatment with a fully suppressed viral load by 2020.