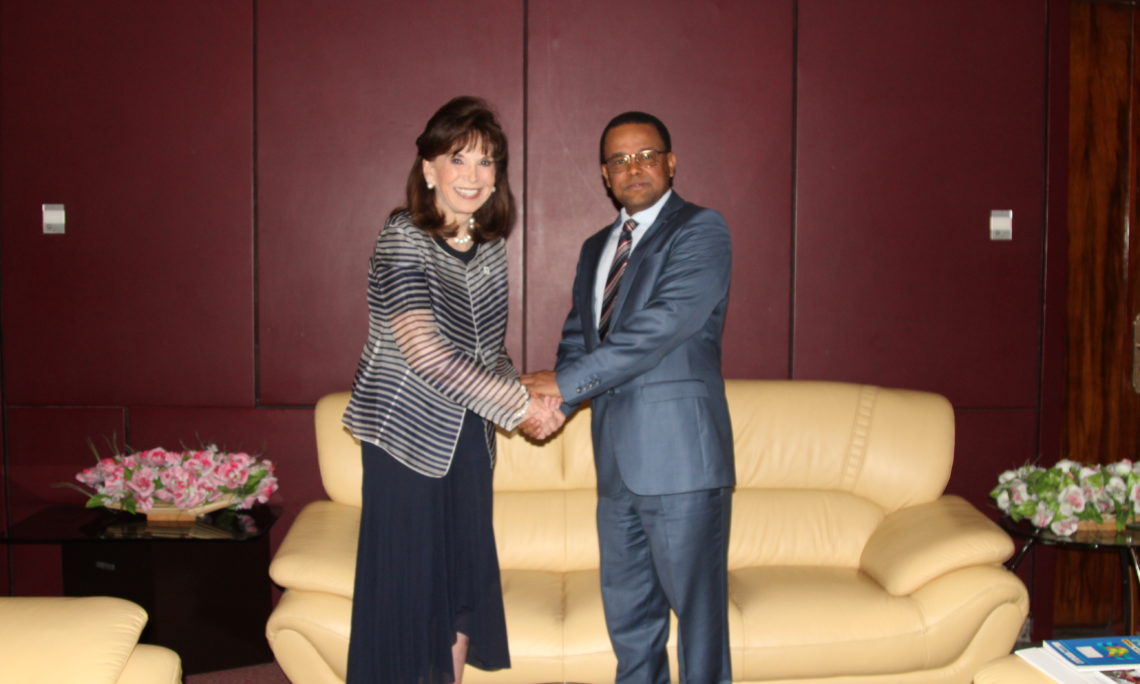 A delegation from the U.S. Government’s Millennium Challenge Corporation (MCC), led by Cynthia Huger, Vice President, Administration and Finance (and Agency Head), visited Ethiopia this week to discuss the development of an MCC threshold program to reduce poverty and promote economic growth in partnership with the Government of Ethiopia. Ethiopia was selected by MCC’s Board of Directors as eligible for an MCC threshold program in December, 2018.

During their visit, the U.S. delegation met with senior officials from the Government of Ethiopia, and leaders from the private sector and the development community to discuss MCC’s approach to fighting poverty through economic growth and the threshold program development process going forward.

“The decision by MCC’s Board of Directors to select Ethiopia for a threshold program is evidence of the government’s commitment to strengthening democratic institutions, improving economic policies, and investing in its people,” MCC Vice President Cynthia Huger said. “This new collaboration is an opportunity for Ethiopia and the United States to strengthen our relationship around our shared goal of reducing poverty through economic growth.”

During the threshold program development process, MCC and the Government of Ethiopia will jointly conduct a rigorous economic analysis – called a “constraints to growth analysis” – to identify the most significant factors to private investment and entrepreneurship that hold back economic growth in the country. That analysis will inform the specific sectors of MCC projects under the threshold program. MCC threshold programs focus on policy and institutional reforms that encourage economic growth. Program development typically involves 18-24 months of analysis and planning before a grant agreement is signed. Development of the program is a consultative process, engaging civil society and the private sector in Ethiopia.

Learn more about MCC at www.mcc.gov.