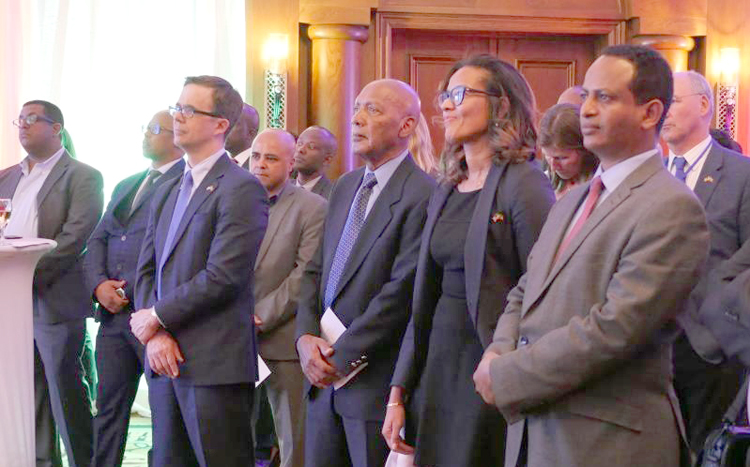 The American Chamber of Commerce (AmCham) Ethiopia was formed to strengthen the century‐old partnership economic ties that have existed between the United States and Ethiopia. The AmCham can play an important role in building a conducive environment for private sector growth, share experiences, and facilitate business capacity building in Ethiopia.

At the launch, AmCham President Daniel Hailu, said, “The AmCham mission is to enhance the commercial and economic business ties between the US and Ethiopia and create an attractive investment climate that facilitates the achievement of the GTP2 goals while creating a space for the private sector that improves the ease of doing business in Ethiopia. ”  He urged member companies to work with the government of Ethiopia to create a business environment where all businesses can thrive.

American Chambers of Commerce Abroad (AmChams) are voluntary associations of American companies and individuals doing business in a particular country, as well as firms and individuals of the host country who operate in the United States.