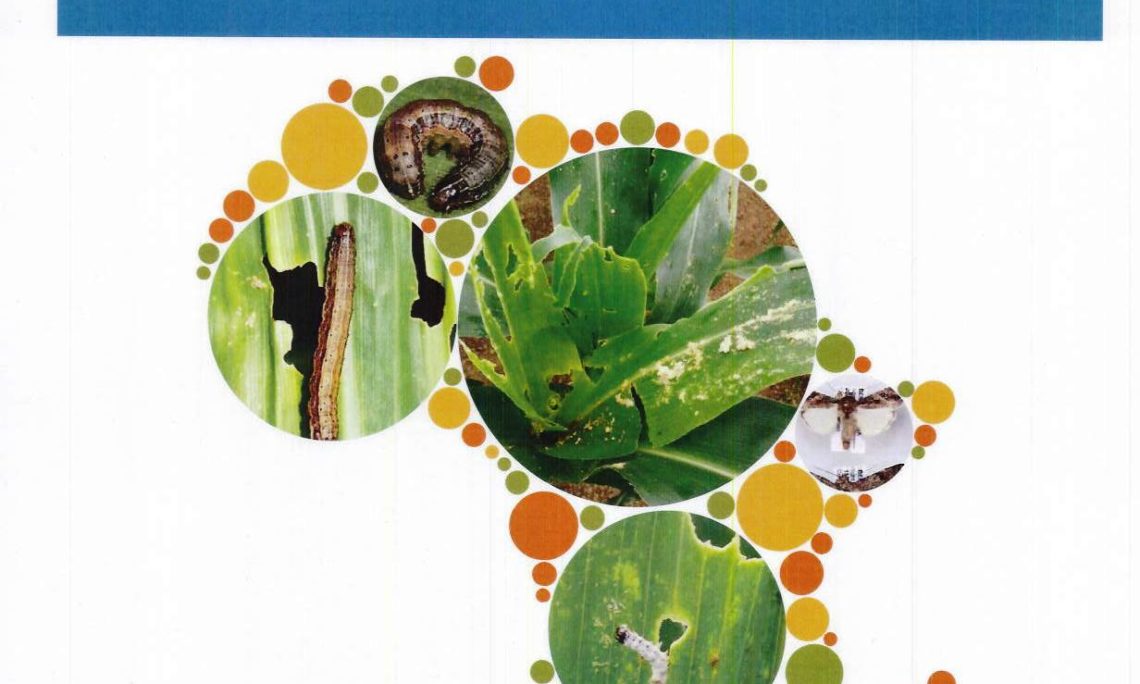 In 2016, an invasive crop pest called the fall armyworm (FAW) was first confirmed in Africa. Native to the Americas, FAW can feed on 80 different crop species including maize, a staple food consumed by over 300 million African smallholder farm families. The crop pest has since been found in over 30 African countries, posing a significant threat to food security, income and livelihoods.

If proper control measures are not implemented, the pest could cause extensive maize yield losses, estimated between $3.6 and $6.2 billion per year across the 12 major African maize producing countries, according to an evidence note published by the Centre for Agriculture and Biosciences International (CABI) in September 2017.

Fall Armyworm in Africa: A Guide for Integrated Pest Management was jointly produced under the U.S. Government’s Feed the Future initiative by the United States Agency for International Development (USAID), the International Maize and Wheat Improvement Center (CIMMYT) and the CGIAR Research Program on Maize (CRP MAIZE).

To mitigate potential damage from the Fall Armyworm outbreak in Ethiopia, the Feed the Future Value Chain Activity is working with the government and the private sector to train agricultural extension staff and farmers in Fall Armyworm identification and control. More than 200 development agents have been trained so far, and these experts are now replicating the training to hundreds more. The project is also coordinating a mass awareness campaign to provide key mitigation information directly to farmers in appropriate local languages. Additional partnerships with CIMMYT, CropLife Ethiopia and other private sector entities will focus on seed input supply, spray service providers, and additional research on how to best minimize crop damage caused by Fall Armyworm.

“Fall Armyworm in Africa: A Guide for Integrated Pest Management” is available for free download at:  https://feedthefuture.gov/sites/default/files/resource/files/FallArmyworm_IPM_Guide_forAfrica.pdf

Feed the Future is America’s initiative to combat global hunger and poverty. Led by USAID and drawing on the support and expertise of multiple U.S. government agencies and departments, Feed the Future brings partners together to help some of the world’s poorest countries harness the power of agriculture and entrepreneurship to jumpstart their economies and create new opportunities. For more information, visit www.feedthefuture.gov

United States Agency for International Development (USAID) works to end extreme global poverty and enable resilient, democratic societies to realize their potential. USAID invests in ideas that work to improve the lives of millions of men, women and children by: investing in agricultural productivity so countries can feed their people; combating maternal and child mortality and deadly diseases like HIV, malaria and tuberculosis; providing life-saving assistance in the wake of disaster; promoting democracy, human rights and good governance around the world; fostering private sector development and sustainable economic growth; helping communities adapt to a changing environment; and, elevating the role of women and girls throughout all our work. For more information, visit www.usaid.gov

The International Maize and Wheat Improvement Center (CIMMYT) is the global leader in publicly-funded maize and wheat research and related farming systems. Headquartered near Mexico City, CIMMYT works with hundreds of partners throughout the developing world to sustainably increase the productivity of maize and wheat cropping systems, thus improving global food security and reducing poverty. CIMMYT is a member of the CGIAR System and leads the CGIAR Research Programs on Maize and Wheat and the Excellence in Breeding Platform. The Center receives support from national governments, foundations, development banks and other public and private agencies. For more information, visit www.cimmyt.org

The CGIAR Research Program on Maize (MAIZE) is an international collaboration led by the International Maize and Wheat Improvement Center (CIMMYT) and the International Institute of Tropical Agriculture (IITA) that seeks to mobilize global resources in maize R&D to achieve greater impact on maize-based farming systems in Africa, South Asia and Latin America. MAIZE strategy draws upon learning and experiences obtained through decades of extensive partnerships with national and international research and development partners, including both public and private institutions, and farming communities. For more information, visit www.maize.org