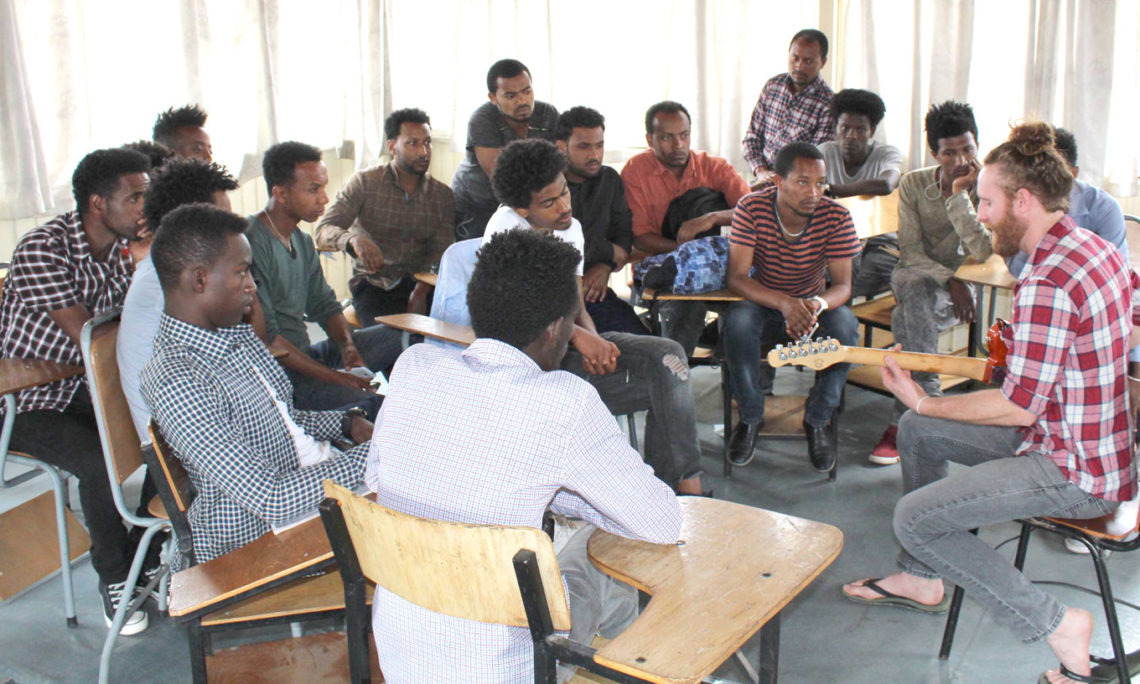 As part of the U.S. Embassy’s ongoing efforts to engage Ethiopian audiences through music and create opportunities for music lovers to interact directly with American musicians, Crow and the Canyon – an American bluegrass band based in Portland, Oregon – toured Ethiopia from March 12-21, 2018.

Crow and the Canyon visited Ethiopia on a four-nation Africa tour to introduce bluegrass music to audiences in Ethiopia, Eritrea, Uganda and Zambia. Bluegrass music is a genre of American roots music that draws upon the musical traditions of Irish, Scottish and English immigrants to the United States, incorporates elements of African-American jazz and gospel, and cultural influences from the Appalachia region.

Ambassador Raynor said, “Bluegrass is a particularly apt choice for Ethiopia right now, as the country strives to take strength from its long tradition of cultural and ethnic diversity.”  He also added, “Crow and the Canyon will take us on a musical journey through classic bluegrass, heartland acoustic folk, and bluesy country – all aspects of one sound that reflect so much of the story of the United States.”

During their ten-day visit to Ethiopia, Crow and the Canyon conducted workshops, trainings, lecture demonstrations as well as performed in Addis Ababa, Gondar and Mekelle. In Addis Ababa, the band worked with music students at the Yared School of Music, Mekannisa Jazz School, and Entoto Polytechnic College.  The band also gave workshops to music students at the University of Gondar and Mekelle University as well as performed at the University of Gondar Community School and the Nicolas Robinson School in Mekelle.

Crow and the Canyon’s four-nation Africa tour is sponsored by the U.S. Department of State through the American Music Abroad program, which is a people-to-people cultural exchange program designed to communicate America’s rich musical contributions and diverse culture to the global music scene.