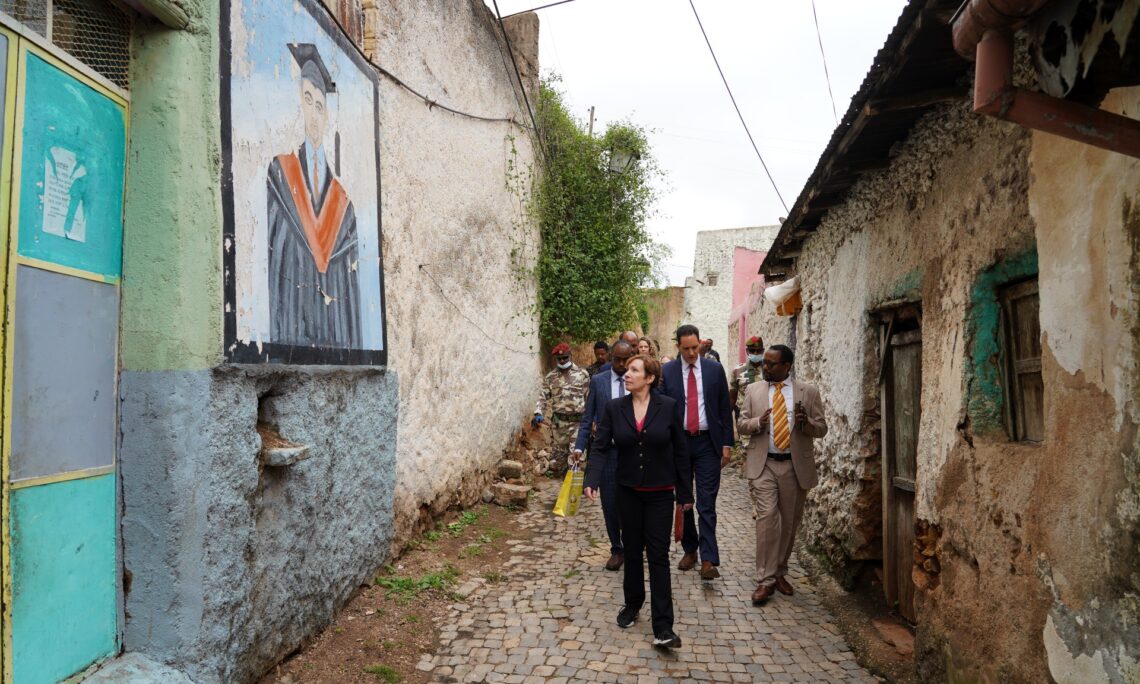 While in Dire Dawa, Ambassador Jacobson met with Kedir Juhar, the mayor of Dire Dawa, and discussed strengthening people-to-people relations and deepening economic and cultural ties.  They also discussed efforts to promote peace and stability in the region.  In Harar, the Ambassador and Mr. Jones met with President Ordin Bedri, Harari People’s National Regional State President and discussed ways the United States and the local community can partner to advance peace and build even stronger ties.  They participated in a tour of the ancient walled city of Harar, hosted by representatives of the regional president’s office.

In both meetings with regional leaders, Ambassador Jacobson reiterated the need for:  durable solutions to end hostilities in northern Ethiopia, sustained humanitarian assistance for all Ethiopians in need, and accountability for human rights abuses.  She also reiterated USG calls for armed actors throughout the country to end violations, abuses, and hostilities to enable space for a peaceful resolution.  During the visit to Dire Dawa, Ambassador Jacobson participated in the launch of the United States President’s Malaria Initiative (PMI) Mosquito Control Campaign to combat the Anopheles stephensi mosquito, an invasive, largely insecticide-resistant, malaria-carrying mosquito, which was identified in Ethiopia in 2016.  She stressed the U.S. government’s commitment to support Ethiopia on the road to malaria elimination.  Towards this end, the United States has provided over $500 million in anti-malaria efforts since 2008.

Ambassador and Mr. Jones also met with Dire Dawa youth leaders and discussed the important roles youth play as peace actors and as Ethiopia’s next generation of leaders.  The Chargé and director had the opportunity to meet with the USAID-supported Dire Dawa Circus and watched a performance by the youth group.

In Harar, the delegation visited Harar Hiwot Fana Teaching Hospital, where the American people invested more than $3.6 million in direct funding for the initial construction.

The American people continue to partner with the people of Ethiopia on programs and projects to improve and save lives.  To learn more about the U.S.-Ethiopia partnership visit: U.S. Embassy in Ethiopia (usembassy.gov) and follow U.S. Embassy Addis Ababa | Facebook and https://twitter.com/USEmbassyAddis on social media.