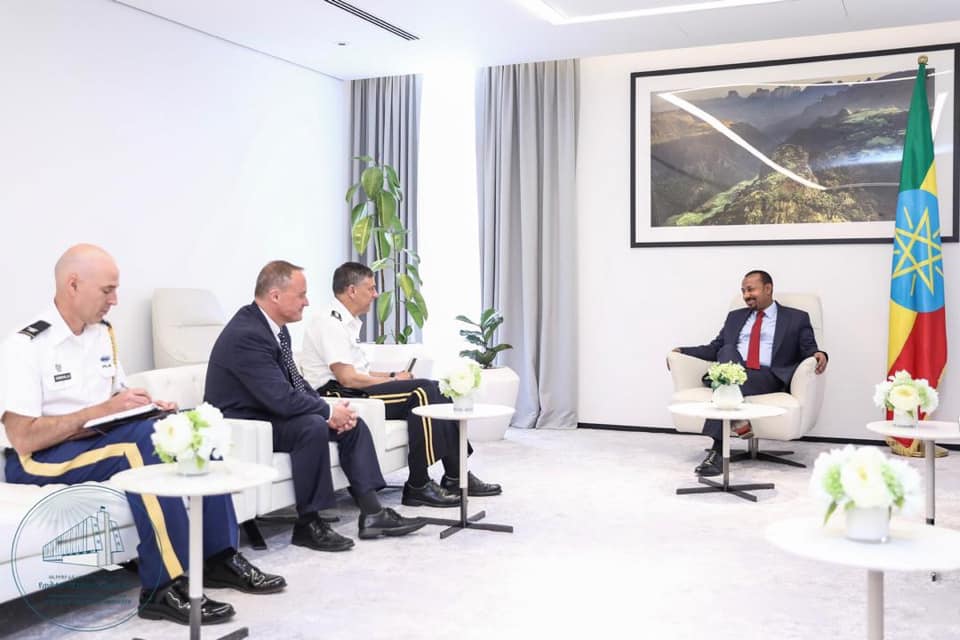 During his meeting with Prime Minister Abiy, he discussed security cooperation endeavors with Ethiopia, African Union missions, and long-term stability in East Africa.

“Ethiopia plays a critical and significant leadership role in the region, and across the continent,” said Townsend. “It has taken the initiative with effective counter-terrorism and peacekeeping operations. These efforts, along with their willingness to develop and enhance security capabilities, have helped create a safer region.”

Townsend highlighted Ethiopia’s initiative in hosting AFRICOM-sponsored exercise Justified Accord in 2019 and 2020. These training exercises enable regional leaders to come together around common practices and challenges related to African Union peacekeeping in Somalia.

“As Ethiopia continues down the road of reform, its ability to bolster regional stability, while also safeguarding the Ethiopian peoples’ rights and security, will be crucial,” said Raynor.  “We are pleased to partner with the ENDF as they strengthen their capability to play these important roles.”

Townsend also discussed with the U.S. Ambassador to the African Union Jessye Lapenn the U.S.’s partnership with the African Union and our efforts to advance security on the continent. Lapenn observed, “the AFRICOM Commander’s visit reflects the strong U.S. commitment to working in partnership with the AU on Africa-led efforts to create a peaceful, secure, and prosperous continent through effective conflict prevention and response.”

Townsend added that meetings with Ethiopian leadership focused on the positive progression of relationships with bordering countries and how strengthening those relationships is key to future collaboration on regional security issues.Townsend also observed exercise Cutlass Express in Djibouti and visited Somalia during his second East Africa regional visit since taking command in July.

[Photo: Office of the Prime Minister]