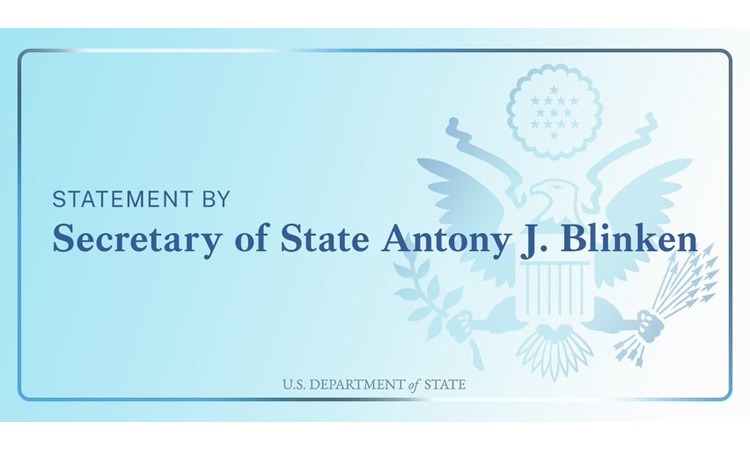 For more than a decade, the United States has joined the global community in recognizing June 19 as the International Day for the Elimination of Sexual Violence in Conflict (IDESVC). We remain deeply committed to preventing and responding to all forms of gender-based violence, including conflict-related sexual violence, which disproportionately impacts women and girls, and protecting and supporting survivors. The United States recognizes that respect for the rights and dignity of women and girls, in all their diversity is essential to promoting global peace, security, democracy, and economic prosperity.

The world faces a number of pressing issues that disproportionately impact women and girls, including the ongoing COVID-19 pandemic, the climate crisis, food insecurity, and conflict and humanitarian emergencies around the world. The international community has been inundated with devastating reports of conflict-related sexual violence from across the world, including in Ukraine, Ethiopia, and Syria. We have seen how conflict and crisis exacerbate gender inequality and increase women and girls’ vulnerability to gender-based violence, online and offline. Increased violence impedes women’s ability to participate meaningfully in the social, political, and economic sectors of life, causing cycles of poverty, marginalization, and insecurity.

The United States is taking concrete steps to ensure our efforts to prevent and respond to conflict-related sexual violence are survivor-centered and trauma-informed. As illustrated in the U.S. National Strategy on Gender Equity and Equality, the Administration is committed to developing and strengthening comprehensive gender-based violence policies, services, and prevention efforts. Later this year, the United States will release an update to the U.S. Strategy to Prevent and Respond to Gender-Based Violence Globally, which will address conflict-related sexual violence, among other policy priorities.

Additionally, through the U.S. Strategy on Women, Peace, and Security, the Department of State is working to promote the participation of women in decision-making and conflict resolution, protection of the human rights of women and girls, access to aid, and safety from violence, abuse – including conflict-related sexual violence – and exploitation around the world. We recognize that we cannot effect sustainable change on our own, so the United States works closely with multilateral partners and allies, including the United Nations Special Representative of the Secretary-General on Sexual Violence in Conflict.

Elimination of conflict-related sexual violence is both a moral and strategic imperative. Empty calls for action and expressions of concern are not enough. On this International Day for the Elimination of Sexual Violence in Conflict, the international community must take real action and coordinate efforts to prevent and respond to all forms of gender-based violence so that the support we provide is survivor-centered and truly advances justice and accountability for such crimes.