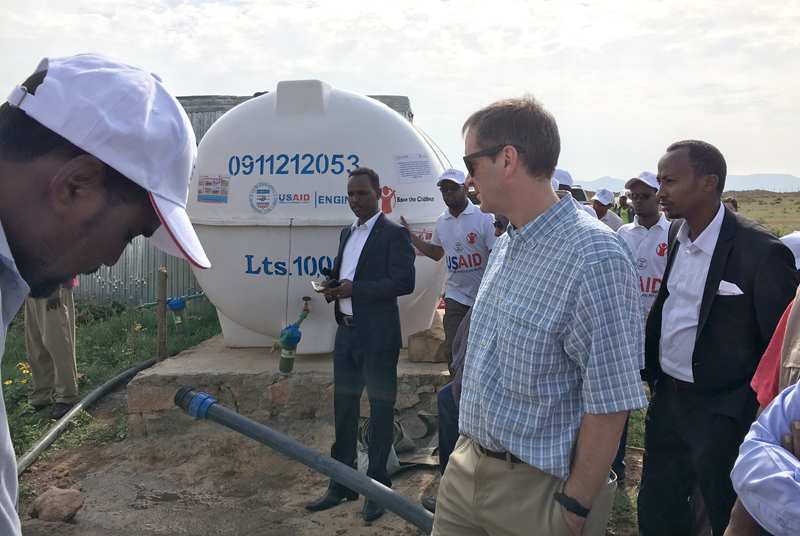 With the selection of these 12 countries, the second phase of Feed the Future will be focusing its efforts on promoting long-term, sustainable development that brings partners together to help people harness the power of smart agriculture to jumpstart their local economies and lift themselves out of poverty. By equipping people with the tools to feed themselves over the long term, Feed the Future is addressing the root causes of hunger and poverty. This long-term investment builds communities that are more resilient to drought, famine and other natural disasters, and less dependent on emergency food assistance.

The announcement comes one year after the historic passage of the U.S. Global Food Security Act of 2016. To further the goals set forth in this Act, Feed the Future will make targeted, cost-effective investments to create opportunity, and build the capacity of these countries to reduce hunger, poverty, and malnutrition.

The U.S. Government selected these countries based on their need, as well as their opportunity for progress and partnership. Each country has committed to working with the United States, and to investing ample effort and resources of its own to tackle food insecurity in its country.

Feed the Future’s results to date:

* Unlocking nearly $2.7 billion in agricultural loans and leveraging more than $800 million in private sector capital investments for farmers in Feed the Future countries, since 2011;

* Helping U.S. businesses compete and expand into new markets, while increasing demand for U.S. products. By supporting policies that open trade and reduce corruption, U.S. food and agricultural exports to Feed the Future partner countries increased by $1 billion from 2009 to 2016; and

* Saving lives. Today, 9 million more people are living above the poverty line and 1.8 million more children have escaped the devastating, lifelong consequences of poor nutrition early in life in areas where Feed the Future has invested.

Feed the Future is America’s initiative to combat global hunger and poverty, led by USAID, and drawing on the resources and expertise of ten additional Federal Agencies and Departments. The initiative leverages American development leadership to harness private-sector and host-country resources to help some of the world’s poorest countries develop the tools for a secure, stable, and successful future. For more information, visit www.feedthefuture.gov.